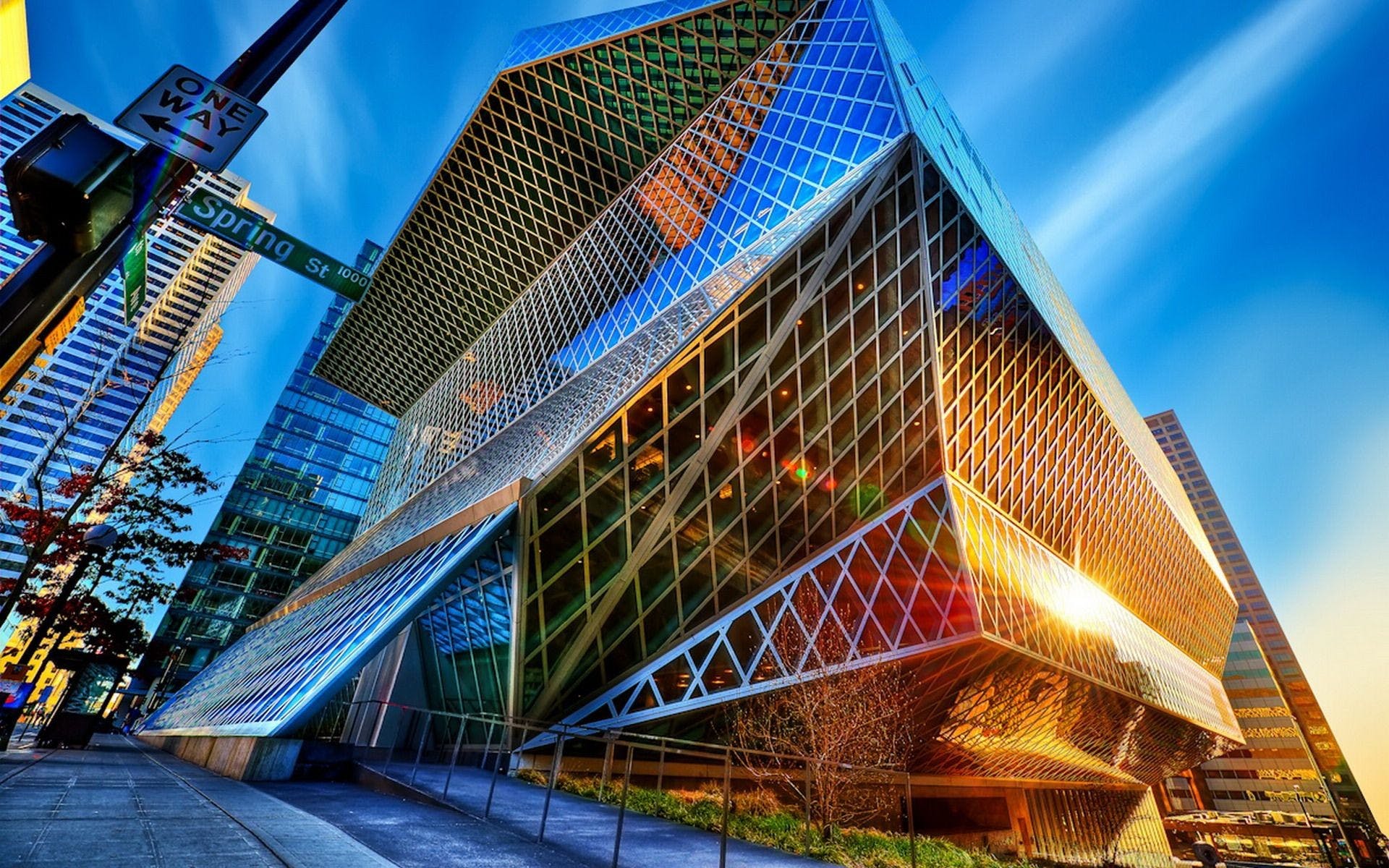 I am writing this article for the sole purpose of hoping people will stop and reflect on whether we must have a better and fairer construction industry emerging from this COVID-19 crisis.

My opinion holds no more or less weight than the opinions of others. People can strongly disagree with my views; I do not mind in the least. I believe that in the past too many people have sat back and left it to others to raise industry issues.

At least nobody can accuse me of that!

I believe the industry is at a tipping point and people need to make their views known.

Of course, some people might think everything is fine the way things are presently. I would love to know why people think this is the case.

For my part, I think the industry is on the verge of devouring itself in some respects. I also think, the role governments play in regulating the industry need to be reset. I have long held the view that large parts of the industry are failing to sufficiently embrace innovation.

I have identified seven major changes I would like to see take place.

Change 1- Governments must entrust the industry to reshape itself

I believe that the principal role of governments should be to provide platforms and opportunities for all parties (including different client types and government agencies) and various stakeholders of the industry to determine industry standards, practices, behaviours, and licensing/registration requirements. Government agencies should have equal opportunity to influence positions in the same manner as other parties and stakeholders.

In other words, the industry must accept responsibility for reshaping itself from the ground up. It has been my experience that the most knowledgeable people work in the industry, not the bureaucracy. I am well placed to make such a statement given that I worked for the industry regulator for 22 years. During this time, I learnt so much from such people and I never arrived at a position on the assumption I knew what was best. I sought guidance and advice from industry experts and then looked to obtain a consensus position or outcome from all stakeholders and parties on the way forward.

I need to point out that governments obtaining consensus positions on key industry issues is very different from governments consulting on these issues.

In my view, the industry is much too diverse for regulatory decisions or actions to be imposed from the top down, without very broad consensus support from stakeholders and parties.

In addition to governments facilitating the development of appropriate laws etc and being an equal stakeholder in their development, governments then have the responsibility to implement and enforce laws, standards, requirements etc.

I believe that as a starting point, governments should allow the industry to review all current laws and requirements etc.

In an earlier article entitled Unique times require innovative industry regulation, I outlined the extent the industry in Queensland is regulated and stated that in addition to governments delivering stimulus and job-saving initiatives:

“There is another very important thing that governments must do to assist businesses in these unprecedented economic times and that is, if necessary, modify, delay or repeal existing or proposed industry regulation.”

The Commonwealth and State Governments share responsibility for regulating the industry.

The industry is regulated by the Commonwealth Government through legislation, policies, and requirements such as: 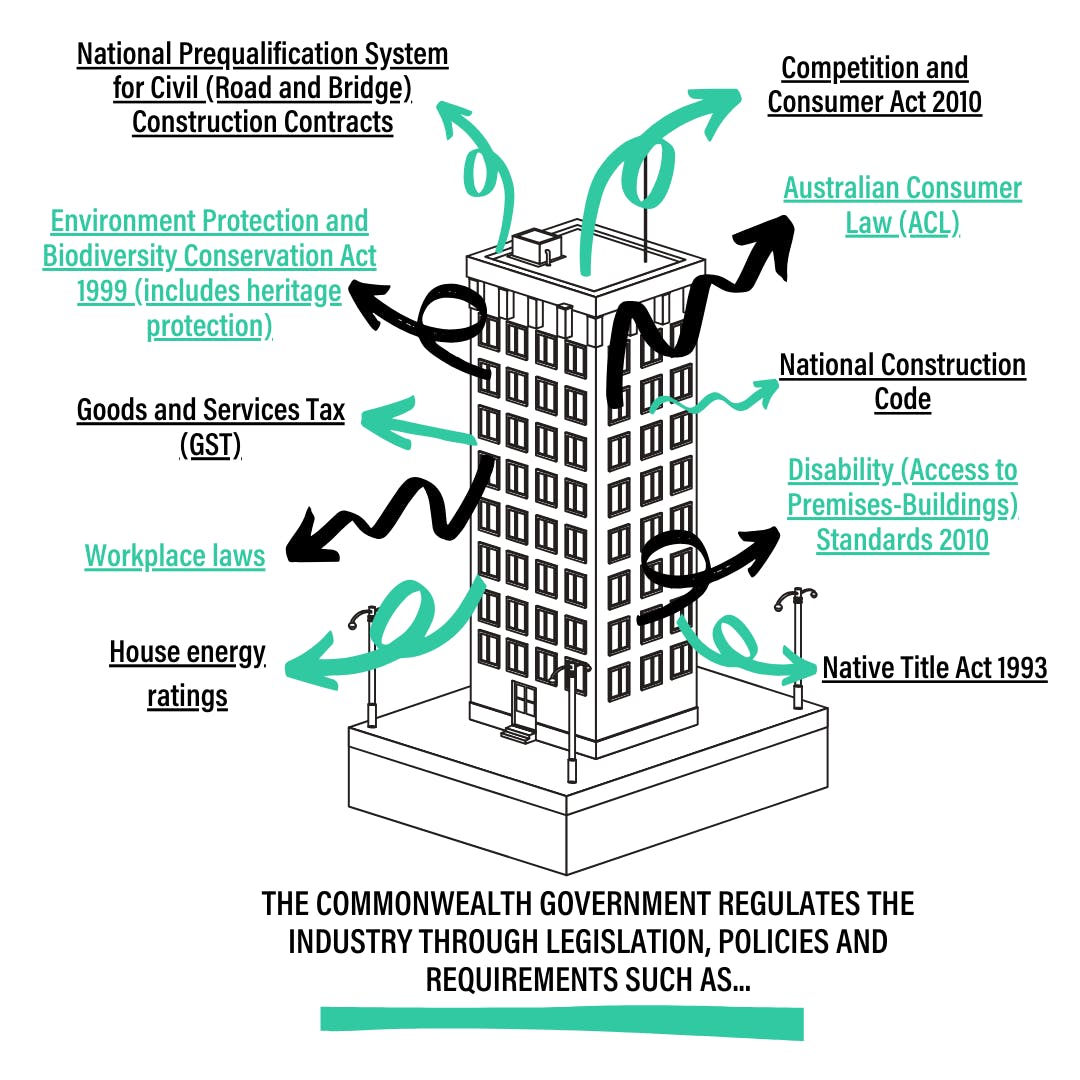 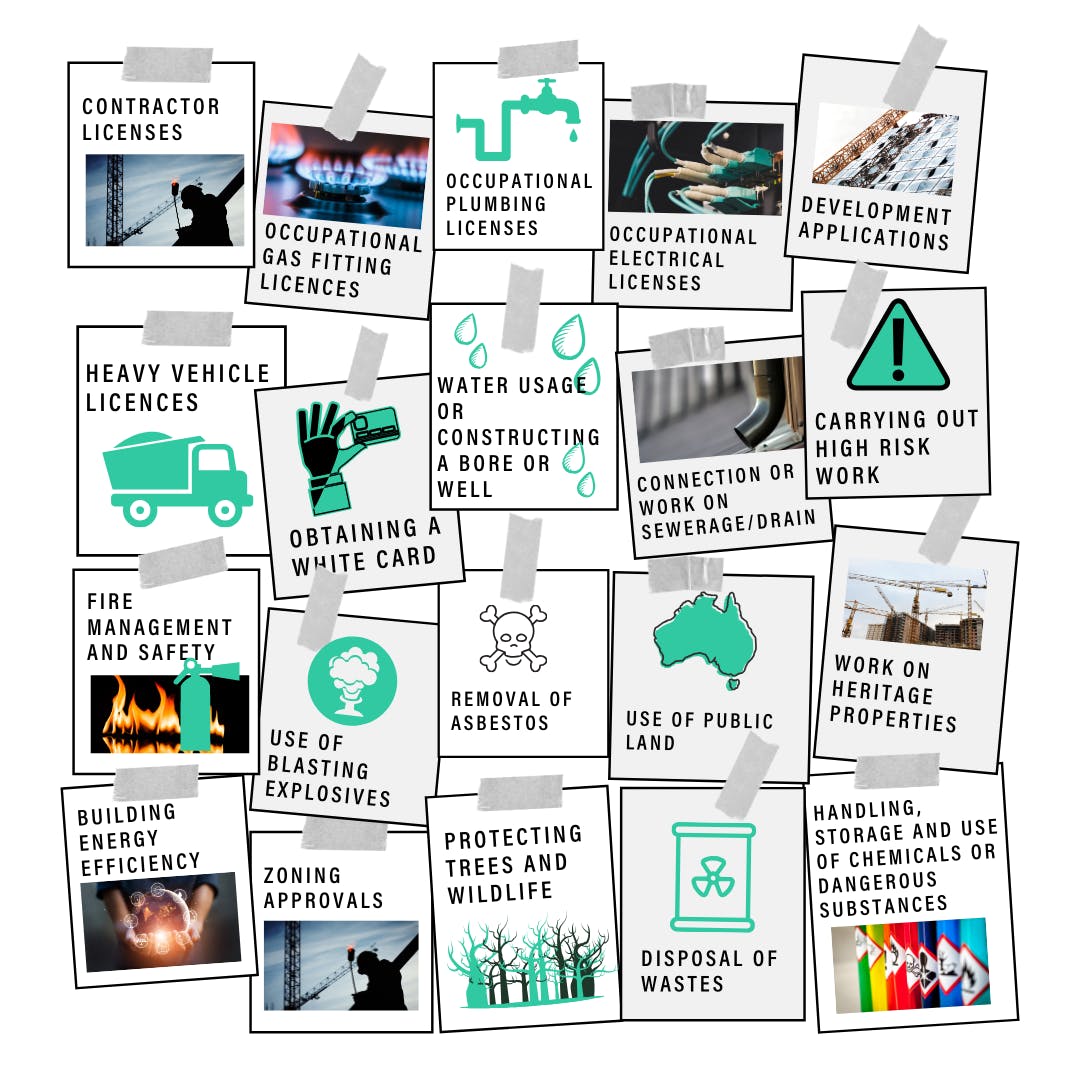 In my earlier above-mentioned article, I concluded by asking readers this question:

It has been my experience that the behaviour of some clients in this regard is the principal reason for disputes occurring down the entirety of the contractual chain. Such clients appear more focused on supposed value for money (the lowest price) rather than attaining quality project outcomes.

I had an occasion recently to reflect on this type of client behaviour on reading an article in the Financial Review, that I commented on in the video below.

Change 3 – There must be the appropriate allocation of contractual risk

The first thing some head contractors do after signing a contract with a client is to look to transfer as much risk as they can down the contractual chain to others (normally subcontractors) for the performance of certain works or the supply of materials. Quite often this type of behaviour is due to clients unduly focused on getting the cheapest outcome and a head contractor agreeing to such demands.

It is a race by some parties to disperse risks they have contractually accepted (which they may or may not be equipped to accept), down the contractual chain to another party. This type of contractual behaviour exposes many businesses to performance and technical risks that they are ill-equipped to handle.

This is a recipe for payment and technical disputes to arise.

I believe that parties must seek to settle disputes rather than activate formal dispute resolution processes, because quite frankly, how many businesses in this current and post COVID-19 world will be able to afford large litigation and legal costs?

Putting costs aside, surely after decades of parties pursuing contractual entitlements like liquidated damages and delay costs, the time has come for a different, more conciliatory approach to be adopted when disputes arise. I say this because I am of the view that this type of behaviour by parties over this period has not improved the overall performance of the industry one bit.

This does not mean parties should ignore their contractual obligations. Far from it. Parties should attend to matters of this nature and have good records and documentation to support their position. However, I believe that in the first instance, there must be a much greater emphasis on settling disputes.

Over the past decade, Australia has become more reliant on importing building materials and equipment from overseas, particularly China. 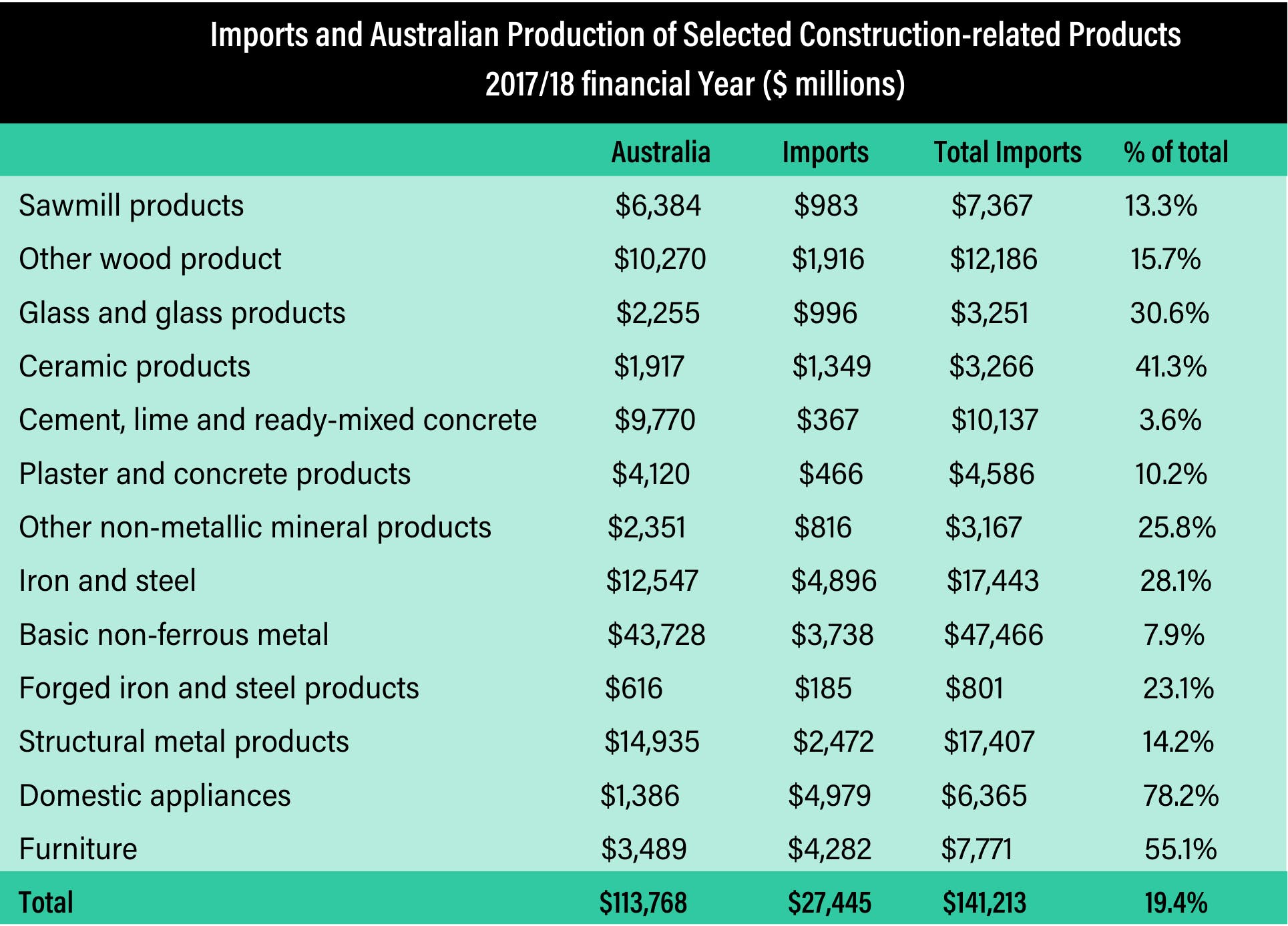 Before COVID-19 world economies had been disrupted by four industrial revolutions.  In a January 2016 article authored by Klaus Schwab, Executive Chairman of the World Economic Forum entitled “The Fourth Industrial Revolution: what it means, how to respond“, he states:

Now a Fourth Industrial Revolution is building on the Third, the digital revolution that has been occurring since the middle of the last century. It is characterized by a fusion of technologies that is blurring the lines between the physical, digital, and biological spheres.”

“In terms of construction, the 4th age was supposed to herald the widespread adoption of Building Information Modelling (BIM) which, through sharing of digital information, would provide the insight and tools to more efficiently plan, design, construct, and manage buildings and infrastructure. This in turn would lead to an increase in productivity and reduced life cycle cost of the asset.

Despite having been introduced 20 years ago, BIM has still to be widely adopted and is rarely used for anything more than detection of clashes between trades. Furthermore, over the same period, construction labour productivity growth has averaged only 1 percent a year compared with growth of 2.8 percent for the total world economy and 3.6 percent in the case of manufacturing”

What is the fifth industrial revolution?

My research has revealed various views in this regard. In an online article entitled What is the fifth industrial revolution and how will it change the world? it is stated:

“The Fifth Industrial Revolution (5IR) is so new that experts across the world are scrambling to define exactly what it will be:

But the most likely definition can be best summed up by Salesforce     founder and co-CEO Marc Benioff:

‘I see a crisis of trust in technology,’ he told the World Economic Forum.

‘In the Fifth Industrial Revolution, we’re going to have to have… a chief ethical and humane use officer.

‘Are we using these technologies for the good of the world?

‘You can’t do business in the Fourth Industrial Revolution without the trust of your employees and your customers and partners.’

The Fourth Industrial Revolution might be taking humans out of industry but the fifth wants to put them back in.”

Returning to the role of governments in the industry. It is a statement of the obvious that all tiers of government play significant roles in how the industry performs. I am not looking to detract from the great potential governments have to create a fairer and better industry. Far from it. I want to see governments work harder than they ever have to date to achieve such outcomes.

I believe to date, most industry regulation has been driven in one form or another from the top down. At the risk of sounding like a broken record, stakeholders and parties were consulted but very few broad consensus outcomes were achieved.

In these circumstances, is it any surprise that as soon as some form of proposed legislation is introduced into parliament, we regularly see very significant ‘discontent outbreaks’?

As Albert Einstein said ‘The definition of insanity is doing the same thing over and over and expecting different results’. I believe that while very well-intentioned, this is exactly what all governments have done for decades with ‘from the top’ regulation of the industry.

In an article of this nature, I could not possibly list all the regulation failures I believe have happened because of this approach. However, I would love to hear from readers on their views, and if they agree could they point to the legislation or standard etc?

I believe the construction industry must transform itself into a more transparent, fairer, productive, profitable, and inclusive (more women!) industry. Furthermore, the industry needs well trained and appropriately remunerated workers and professionals producing efficient, safe, sustainable, liveable, and affordable buildings for us to work, play and live in.