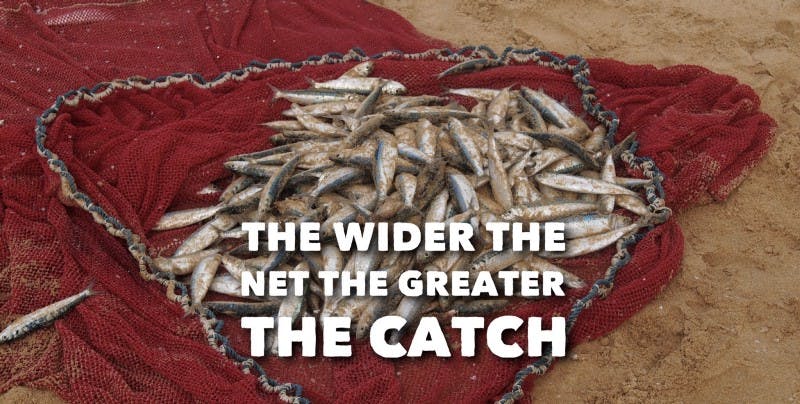 I commenced working with the Queensland Building Services Authority (QBSA) in 1996 as the organisations’ inaugural Compliance Manager, a position I held until late 2000.

Over these 5 years, I estimate that I managed several thousand investigations into financially distressed contractors. It is fair to say that during this time I witnessed, first hand the absolute worst of the industry where amongst other atrocious behaviours, some ‘rogue contractors’ deliberately delayed or denied payment to other contractors for spurious reasons.

The fact that such ‘rogue’ contractors (thankfully representing only a small percentage of all licensed contractors) considered it fair game to behave so abhorrently and without any regard for the welfare and rights of other contractors often left me feeling very distressed. A lot of these contractors also displayed open disdain towards the QBSA licensing regime at the time because even if they had their company licence cancelled for an insolvent event, they boasted that they would incorporate a new company and get it licensed.

What has this got to do with the anti phoenix licensing reforms?

One of the things I realised very quickly after commencing work as Compliance Manager of the QBSA was that removing contractors from the industry for ‘Fit and Proper’ reasons was high tide impossible because the legal bar was so high and such action could involve substantial legal costs to the Authority to defend such a position.

Consequently, nobody was cheering louder then me when in October 1999, five year licensing insolvency bans became applicable for an individual who became bankrupt or took advantage of bankruptcy laws; or a director, secretary or an influential person in a company that was wound up for the benefit of creditors who held such a position within one year of the insolvency event.

In respect of individuals, a total of 2,794 have been excluded from holding a licence for 3 to 5 years. A further 690 individuals have been banned for life for their involvement in a second financial failure.

Over the years, there have been several amendments to these anti phoenix provisions. The most recent took effect on 10 November 2017 when The Building Industry Fairness (Security of Payment) Act 2017 (BIFA) received royal assent, in the process amending the Queensland Building and Construction Commission Act 1991 (QBCC Act) relating to excluded individuals.

In introducing the relevant Bill into parliament on 22 August 2017, the Hon. MC de BREENI (Springwood — ALP) (Minister for Housing and Public Works and Minister for Sport) stated:

“An important amendment in the bill is increased rigour around the ‘excluded individual’ provisions, so that a person who was involved in a company failure in other jurisdictions, or who was the director of a company up to two years prior to a failure, will be excluded from obtaining a QBCC licence. Also, the definition ‘influential person’ in the bill is intended to capture a person in a position to substantially influence or control the company’s affairs but who is not a director or secretary of the company.

In short, our new laws will allow a ban on anyone who has been secretly involved in running a construction company that goes bankrupt or has its building licence revoked. Anyone who receives a ban under these new laws will face major penalties if they try to run another building company, either in their own name or by, once again, giving secret directions from behind the scenes.

The new regime will allow someone to be declared an ‘influential person’ even if they have no obvious paid role in a company or even if they are given a job title which is a disguise designed to provide false reassurance that the person is not actually in charge.

As I said in the House this morning, people should not be running a dud business under their nanna’s name or under anyone else’s name. They should not get away with running under the radar. Lumping others with their debts, deliberately sinking their old company and then slinking away to a new business is disgraceful, base behaviour and it is a low act.”

What was the previous definition of an ‘influential person’?

The term ‘influential person’ was defined in Schedule 2 of the QBCC Act as:

“an individual, other than a director or secretary of the company, who is in a position to control or substantially influence the conduct of the company’s affairs, including, for example a shareholder with a significant shareholding, a financier or senior employee.”

What is the new definition of an ‘influential person’?

Clause 252 of BIFA established s 4AA of the QBCC Act, which defines an ‘influential person’ for a company in a much more comprehensive manner, namely:

(a) a professional, only because the advice given by the professional influences the company’s conduct; or

(b) a regulator, only because the regulator, when exercising a power or performing a function under an Act or other law, influences the company’s business; or

(c) an administrator, controller, provisional liquidator or liquidator within the meaning of the Corporations Act, section 9.

3. Without limiting subsection (1), a person may be an influential person for a company if the person —

(a) is the chief executive officer or general manager of the company, or holds an equivalent position in the company; or

(b) is acting in a position mentioned in paragraph (a); or

(d) gives instructions to an officer of the company and the officer generally acts on those instructions; or

(e) makes, or participates in making, decisions that affect the whole or a substantial part of the company’s business or financial standing; or

(f) engages in conduct or makes representations that would cause someone else to reasonably believe the person controls, or substantially influences, the company’s business.

(a) means a person who provides professional advice to more than 1 client; but

(b) does not include a person who provides professional advice to a client in the person’s capacity as an employee of the client.

a lawyer or accountant, employed in that capacity by a firm of lawyers or accountants, engaged by a company to give the company advice on a particular topic

(a) a person employed by a State, a local government or the Commonwealth; or

(b) a person engaged by a State, a local government or the Commonwealth to provide a particular service or carry out a particular activity; or

(c) an agent of a person mentioned in paragraph (b) if, in that capacity, the person provides the service or carries out the activity the person is engaged to provide or carry out.

The Explanatory Note for clause 252 of BIFA sheds more light on the purpose and intent behind this significantly broader definition of an ‘influential person’.

The second limb of these reforms is that from the date a company fails, a director, secretary or influential person for the company, at any time during the 2 previous years (increased from 12 months), may be considered to be an excluded person for licensing purposes.

Clause 271 of BIFA amends s 56AC of the QBCC Act in relation to excluded individuals and companies.

The Explanatory Note for clause 271 of BIFA provides a full explanation in respect to this initiative.

What does all this mean?

The expanding of the definition of who may be considered an ‘influential person’ plus the doubling of the ‘reach back’ period a person or company may now be captured by these licensing anti phoenix initiatives means that more people will fall foul of these licensing exclusion provisions.

A person accepting the role of a company nominee as an employee, needs to ensure that while they must have “such authority, duties and responsibilities to ensure personal and adequate supervision of building work carried out by the company” (QBCC company nominee form), they should be very mindful of key aspects of subsection 3 of section 4AA of the QBCC Act.

Essentially, while a nominee will have the responsibility to adequately supervise building work carried out by the company, they should not instruct an officer of the company or make, or participate in making, company decisions that affect the whole or a substantial part of the company’s business.

If I have not made it perfectly clear, a nominee should restrict their duties and responsibilities to only adequately supervising building work carried out by the company. In the event they do more than this, they run the real risk of being considered an ‘influential person’ if the company fails, and therefore be deemed an ‘excluded person’ for licensing purposes.

If you have any questions relating to the QBCC Act or any SOP issues, please contact Michael Chesterman at michael@helix.legal or Earl Tan at earl@helix.legal.