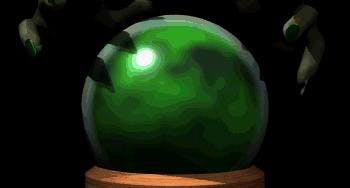 On 22 August 2017, in introducing the Building Industry Fairness (Security of Payment ) Bill 2017 (BIF Bill), the Hon Michael de Brenni, Minister for Housing and Public Works and Minister for Sport, stated that in relation to the Minimum Financial Requirements for licensing (MFR’s):

“The bill will restore tougher minimum financial requirements. This provides the Queensland Building and Construction Commission with an insight into a company’s financial position and allows it to act on any potential problems. The bill provides that a regulation may prescribe increased financial reporting by QBCC contractor licensees.”

The industry had been on notice for some time that tougher MFR’s were imminent. In a press release dated 8 February 2017, the Chair of the Queensland Building and Construction Board, Dick Williams, in indicating that the Board would be immediately undertaking a comprehensive review of the MFR’s, was quoted as saying:

“The Minimum Financial Requirements (MFR) Policy introduced by the previous board had significant flaws that decreased protection for homeowners and industry members against the financial failure of licensees, and building company collapses.”

Furthermore, in a press release dated 25 August 2017 the QBCC Commissioner, Brett Bassett, in signalling a crackdown by the Commission in relation to building companies operating under high-risk financial circumstances as a result of considerably exceeding their maximum revenue limits, stated:

“Prior to October 2014 the QBCC required licensees to submit annual financial records, but this requirement no longer exists. The QBCC’s new review will help ensure that companies in high-risk financial circumstances can reassess their situation and minimise their risk.”

However, it should be noted that this approved audit program is limited in terms of its scope. It will only be based on licensees who have taken out policies under the Queensland Home Warranty Scheme, where the aggregate value of the notified residential construction work for the last financial year exceeds MR allowed for licensees by 30 percent or more.

All building work of a commercial nature will be outside the scope of this audit program.

What are the current MFR’s?

Given all this commentary, it is appropriate to examine in some detail the current MFR’s.

The current MFR’s, effective 9 October 2015, are outlined in a very detailed 57-page document, with objectives to “promote financially viable businesses and foster professional business practices in the Queensland building industry.”

The MFR’s requirements apply to approximately 87,000 licensees, all of which must comply with the following:

A failure by a licensee in respect to any of these requirements is grounds for the QBCC to take compliance action that may comprise of instigating a financial audit, the imposition of a condition, or moving to suspend the licence.

It should be noted that the Board, in approving the current MFR’s, did not seek to revisit two very significant changes they made to the previous MFR Policy (October 2014), namely;

The major change that came into effect in the formulating of the current policy is essentially an extension of the obligation which required large companies to submit audited financial accounts to ASIC so that they had to provide a copy of these accounts to the QBCC for review.

Compliance and enforcement of the MFR’s

In July 2017 the QBCC published its Compliance and Enforcement Strategy, in which it identified 7, equally weighted priorities, namely:

The QBCC is clearly committed to attempting to ensure licenses (87,000) meet the MFR’s at all times but they also have 6 other equally significant compliance and enforcement priorities to resource.

What could be possible changes to the MFR’s?

Annual licensing renewal requirements would appear certain to be reimposed in some form. However, there may be further changes as a result of particular aspects of the current MFR’s attracting criticism from some quarters, namely:

We at Helix Legal will keep you informed of relevant developments to this most significant industry issue. If you have any questions in relation to the MFR’s please feel free to contact Michael Chesterman at michael@helix.legal or on 0418180330.