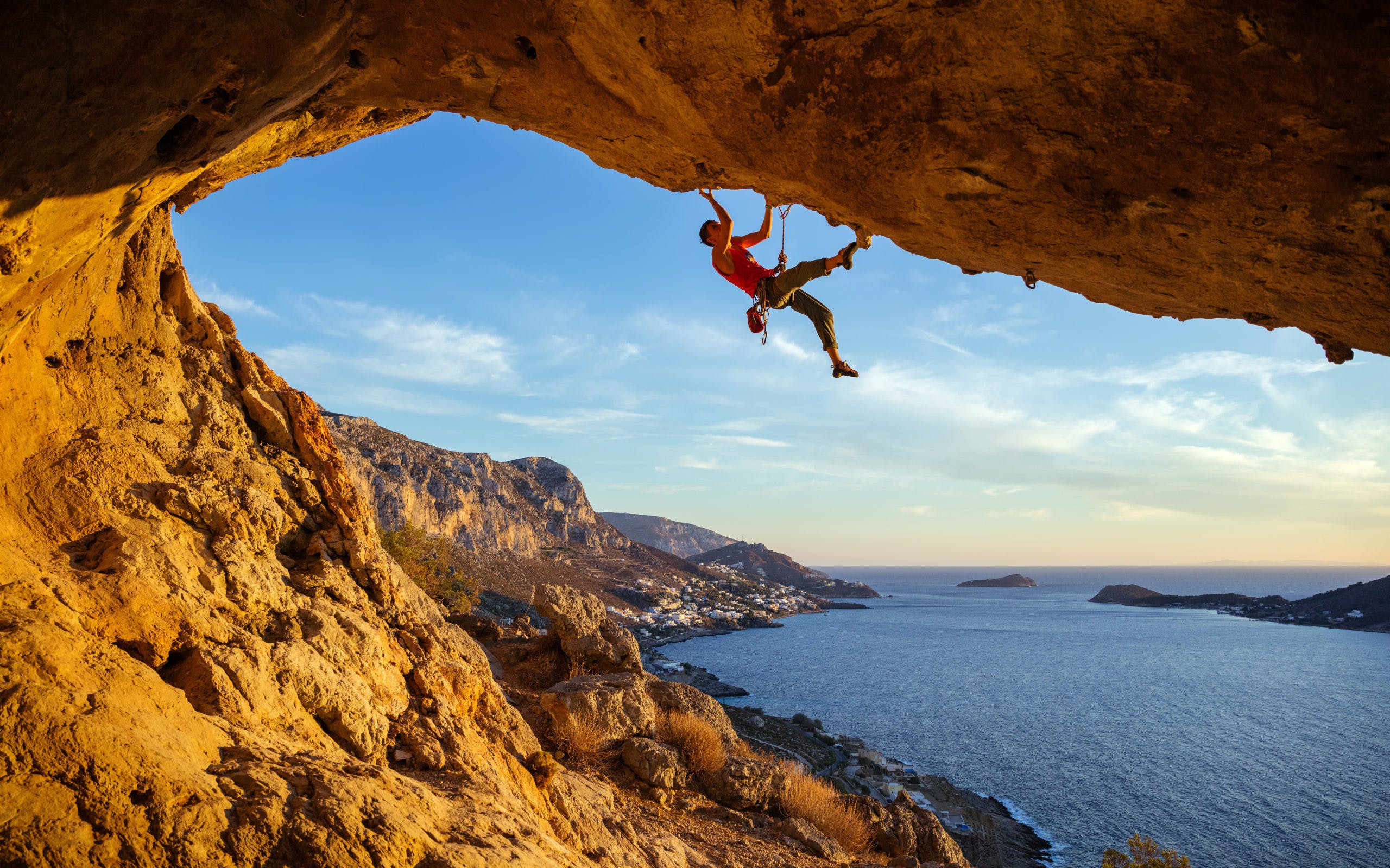 The impact of the COVID-19 crisis and the health-related measures implemented by the government to contain the spread of this deadly virus will unfortunately result in the economy going into recession.

In an article in the Financial Review, the results of a survey of economists revealed that even taking into account all the government’s stimulus and job-saving measures, the Australian economy will be in recession until June 2021.

As someone who witnessed daily, for 22 years, the devastating effects of businesses collapsing when working for the Queensland industry regulator, I understand the human and financial toll such events take on clients, creditors and family.

There are terrible insolvency-related effects that I have witnessed, particularly when I was the inaugural Compliance Manager of the regulator, that I will never forget. I was so distressed by these matters that, after fulfilling this role for several years, I requested the opportunity to undertake SOP research to identify improved payment measures.

Consequently, in 2004 adjudication became an option for industry participants in Queensland to resolve, quickly and cheaply, payment disputes.

It goes without saying that right now, the priority must be for all of us to maintain a positive approach in these unprecedented and extremely harsh economic times. I am also very conscious that governments are, rightly, presently focused on implementing job stimulus and job-saving initiatives.

However, I am also of the view that we must commence having a conversation about the consequences of many businesses succumbing to some form of insolvency while the economy is in recession.  Unfortunately, it has been my experience that a company can ‘hobble’ on for sometimes years after a serious financial setback, before eventually failing.

I am motivated in ensuring, to the best of my ability, that contractors are treated fairly by regulators if unfortunately their company collapses under the weight of this recession.

Insolvency has always been a major industry issue

In a report by a special task force appointed to investigate subcontractor non-payment in the Queensland building industry, it is stated:

“…the industry is burdened every year by nearly $3 billion in unpaid debts, including subcontractor payments, employee entitlements and tax debts averaging around $630 million a year for the past three years.”

ASIC data shows that, in 2017–18, the industry had 1,642 external administrations— the second highest of any industry in the country. Queensland accounted for approximately 19 percent of the total insolvencies during this period.”

By means of an update, ASIC data for financial year 2018/2019 reveals that the industry had 1601 external administrations throughout Australia, with Queensland accounting for 21.4% of these appointments. 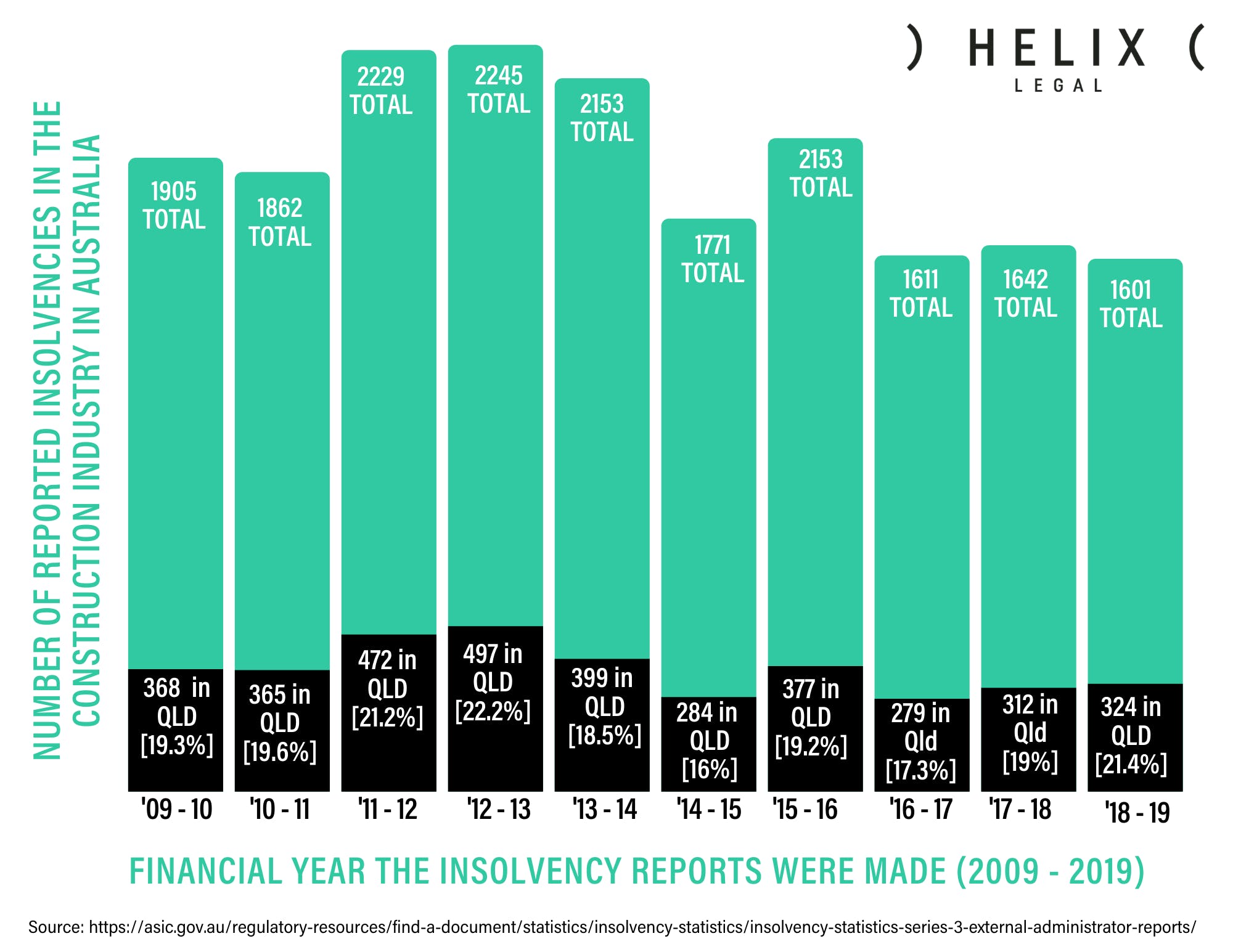 It should be noted that these statistics do not include insolvent non-corporations e.g. small sole traders, who have entered into bankruptcy. If bankruptcies of this nature were added to corporate insolvencies, there is no doubt the construction insolvency statistics would be even more alarming.

If we accept the views of the experts that the Australian economy will be in recession until June 2021, I think it is reasonable to conclude that the number of construction insolvencies will, unfortunately, rise in coming years.

I could not guess as to how many construction businesses will collapse as a result of this recession. However, it needs to be recognised that we are in unchartered territory concerning such a projected long recession. As stated in the previously mentioned Financial Review article:

“Two straight quarters of negative growth are widely regarded as the definition of recession, something Australia hasn’t experienced since 1991. It won’t be until the end of 2021 that the economy will move back into growth.”

This recession will entail five quarters of negative growth if the experts are right. I sincerely hope they are wrong.

Regulation must reflect the new reality

I have written three previous recent articles where I raised insolvency and economy in hibernation issues, namely:

I wish to raise another such issue, namely the provisions of the QBCC Act that prevent a person from holding contractors or nominee supervisor licence who:

Under 56AC(4) of the QBCC Act, a person is an “excluded individual”, unless the person can satisfy the commissioner for QBCC that at the time they stopped being an influential person, director or secretary for the failed construction company, the company was solvent. To assist persons in this regard, the QBCC has produced a guidance statement for assessment of solvency.

In summary, currently there is no licensing forgiveness in terms of insolvency, even in these unprecedented times.

However, the Commonwealth Government have decided to temporarily, relax the insolvency laws. This unique approach was the subject of a recent article I published.

“The amendments in Schedule 1, Part 1 of this Bill will create a safe harbour for company directors from personal liability for insolvent trading if the company is undertaking a restructure outside formal insolvency. This will drive cultural change amongst company directors by encouraging them to keep control of their company, engage early with possible insolvency and take reasonable risks to facilitate the company’s recovery instead of simply placing the company prematurely into voluntary administration or liquidation.”

The law, devised to keep financially distressed businesses operating in certain circumstances, was assented on 24 March 2020 and temporarily amends the Corporations Act 2001.

What does this mean?

Responsibility to avert insolvent trading and the accompanying personal liability for directors, will not apply to debts incurred by a company, in its ordinary course of business, on or after 24 March 2020 for 6 months. This period can be extended by regulation. For detailed information concerning this temporary initiative see chapter 12 of the explanatory memorandum.

If unfortunately a building company collapses after the directors and other key personnel attempted to operate it under these relaxed insolvency laws, I would like to see the licensing excluded persons provisions amended to specifically reflect that this will not be considered insolvent trading on the part of the directors etc of the company.

I would love to hear from readers as to what industry regulations they would like to see changed in these extraordinary times.