“I have just about had enough, I am getting out of the building game” 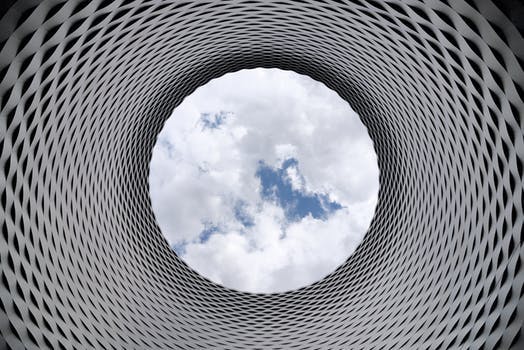 This was a statement by a contractor who I have known for 18 years and whom I had just had a telephone conversation with about future regulatory requirements.  He is a contractor who reads all my articles and uses me as a sounding board. He also knows that I have a unique regulatory background and he values my insight.

With his permission, I have outlined our conversation as it unfolded because I think it offers real insight for others struggling to meet the change necessary in the face of the current reform of the industry. I am not saying he is right or wrong in his various views but I do believe that contractors like him should be listened to.

By way of background, I first meet this person in 1999 at a public meeting which the local member of parliament had organised to address industry concerns about the introduction of tough Financial Requirements for Licensing (FRL). As the Compliance Manager for the building regulator at the time, the Building Services Authority (BSA), I had the task of explaining the new requirements and taking questions. I remember 150 very angry contractors turning up for this meeting.

The meeting went for two very, very long hours. After the meeting finished and we packed up, I headed to the nearest hotel for a quiet drink with some friends. This person saw me and approached me. I remember thinking that this was not going to turn out well. He stated that he thought everything I had said was BS but he gave me points for turning up and taking every question. He bought me a beer and that was the start of a friendship that I value very much today.

Over the years I made sure he was aware of any education the BSA or QBCC offered which I thought would be of assistance to him. He restructured his business to comply with the FRL and found a good local accountant that made sure that to this day he has never had an issue with either the BSA or QBCC in this regard.

In fact he has never had any type of issue with the building industry regulator. No complaints from homeowners, no adjudication applications lodged against the business, no alleged monies owed or complaints from subcontractors. A perfect record.

The one consistent bit of advice I have always given him is to work very hard at the front end of their business to prevent or significantly reduce costly and time consuming back end disputes emerging. He has a deep distrust of lawyers which some might see as ironic given my new long term collaboration with Helix Legal. He never misses an opportunity to get a few lawyer jabs in at my expense but it is all good natured banter, and as I remind him constantly, I am not a lawyer!

He and his business and life partner have developed the business into a very successful contracting business that employs 4 locals and has about 10 regular subcontractors that work with them. The business operates along family lines, he and his partner care very much about the people who work with them and they pride themselves on how their completed construction projects look and perform.

However to say he is upset about recent changes to the QBCC Act regarding Non Conforming Products (NCP Legislation) and the passing of the Building Industry Fairness (Security of Payment) Act 2018, would be an understatement. He said to me:

“We have a successful business model and don’t need any government of any persuasion to mandate some sort of acceptable behaviour that we must adopt. The industry needs regulation but it should be focused on those contractors who do the wrong thing. Businesses like us who have a demonstrated record of doing the right thing over a long period of time should not be treated the same as these people.”

While he understands the important motivation behind the creation of the NCP legislation, and despite the fact I have made sure he is aware of all the published information from the QBCC and the Department of Housing and Public Works in this regard, he still feels he is potentially exposed to unknown risks.

With regard to the upcoming repealing of the Building and Construction Industry Payments Act 2004 on 1 July 2018 and new payment claim, payment schedule and adjudication reforms, he is completely reviewing his contracts and contract administration practices. He feels that he does have these reforms covered and I would agree with him from what he tells me are the proactive steps he is employing.

The yet to be disclosed changes to the FRL’s is a very sensitive issue because of what happened 18 years ago. He is aware that these changes are scheduled for commencement on 1 January 2019 and is worried that he may have to significantly restructure the business.

The proposed roll out of Project Bank Accounts (PBA) for the private sector in March 2019 has him very upset because a number of his projects will be captured by these requirements. Given that he has never had any payment issue with a subcontractor that could not be resolved by negotiation and genuine good will between the parties, he tells me that he wonders why the government has decided that he cannot be trusted with clients money and why he will be forced to incur substantial additional costs that he will have to absorb or pass on to clients. He has read Deloitte’s analysis of July 2017 on the likely costs of the implementation of PBAs and does not agree with their findings.

It was about now in the conversation that he uttered the words, “I have just about had enough, I am getting out of the building game.” This was not an idle threat or a statement aimed to elicit some sort of sympathetic response from me. Rather it reflected his absolute frustration with what he perceives to be legislation that will cause him to incur significant new costs and furthermore actually harm the people it is designed to look after, namely subcontractors. He made the point that the welfare and future of the businesses 10 subcontractors and their families weighs heavily on him and his partner. They are extended family members. He is a tough nut but I could tell he was very emotional when he spoke about “his mates”.

I suggested that he not rush into any decision. We have agreed to have another talk later this week.

I certainly think that in relation to the FRL he should not be as concerned as he is because the company does not rely on a Deed of Covenant or Assurance to increase their Net Tangible Assets and there are no outstanding related entity loans awaiting repayment. The company makes money every year and is in a very strong financial position because of their hard work, year in and year out.

To put it simply, he is just jack with having to implement government initiated changes to their business operations to address issues of non payment to subcontractors, which has never been a feature of their business.

We have had many discussions over the years about how to deliver improved payment outcomes for all parties working in the industry, but particularly in relation to subcontractors. His final words to me the other day on this issue were:

“We work with our subcontractors, they do not work for us. We treat them with respect and although from time to time payment issues emerge, we work together to sort things out. We need subcontractors equally as much as they need us.”

This approach is the main reason why the company has successfully operated for so long.

If you think something I have to say is BS, I am happy to be told so and I would hope that we can listen and see each other’s point of view. It is hard when you look ahead and all you see are challenges, not to imagine that walking away must surely be easier. I personally want to see all the “good eggs” stay in what has the potential to be an industry that sets the benchmark for innovation and prosperity. If you want to know what you need to do to comply, prosper and not get caught out I and the team at Helix are ready to listen. We offer practical training specific for your business and can assist you to assess your processes and implement reasonable change.

If you want to get you and your team future fit come along to the next event in the Helix Innovation series on 26 June 2017 at the home of Helix Legal — The Capital or contact me directly at michael@helix.legal.