Licensing is not a cure for the ills of the construction industry. It also cannot be an inapt ‘handbrake’ on work and business opportunities. 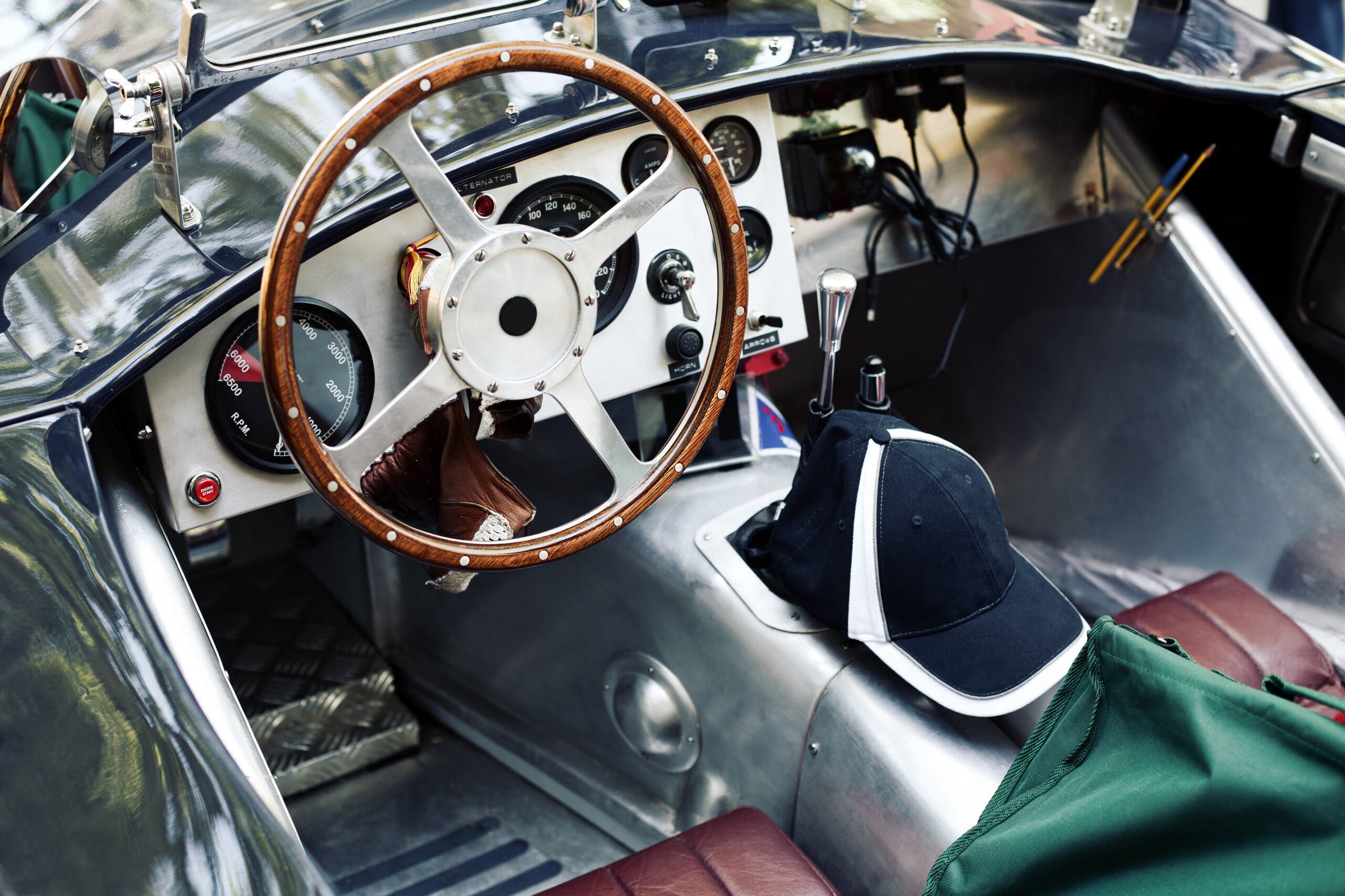 At the outset, I want to make it clear that I wholeheartedly endorse a strong, fair, and balanced contractor and in certain cases, an employee (e.g. site supervisor) licensing regime to regulate the construction industry in Queensland.

Licensing is in my DNA. I worked for the industry regulator for 22 years. I was the inaugural Compliance Manager for the BSA, the predecessor of the current regulator, the QBCC.

I support that a person wanting to obtain a contractor’s licence, must:

Furthermore, I am very supportive of the current regulator, the QBCC, becoming an ‘insights-driven regulator’ through the analysis of Big Data. In an article entitled Insights can be a contractor’s nemesis or friend, I stated:

“Contractors need to be aware that the QBCC will be looking to turn data, from a variety of sources, into information and information into insights. This will enable the QBCC to deliver a risk-based compliance and enforcement program.

As the inaugural Compliance Manager of the predecessor of the QBCC, the BSA, I wholeheartedly support the QBCC becoming an effective and fair risk-focused regulator.

Contractor licensing does have limitations.

In a recent report by the Queensland Auditor-General into the QBCC licensing regime, I noted a comment that I believe accurately reflects the limitations of licensing, namely:

“Licensing of commercial and domestic building and construction work can increase public confidence in the sector. It ensures people working in the industry satisfy and continue to meet minimum eligibility requirements, and have the skills, knowledge, and financial resources to competently carry out building work. Using or installing approved building products and maintaining building standards can minimise the risks of defective or incomplete building work and reduce the risk of non-payment or late payment of debts for building work carried out.”

In other words, licensing signifies: 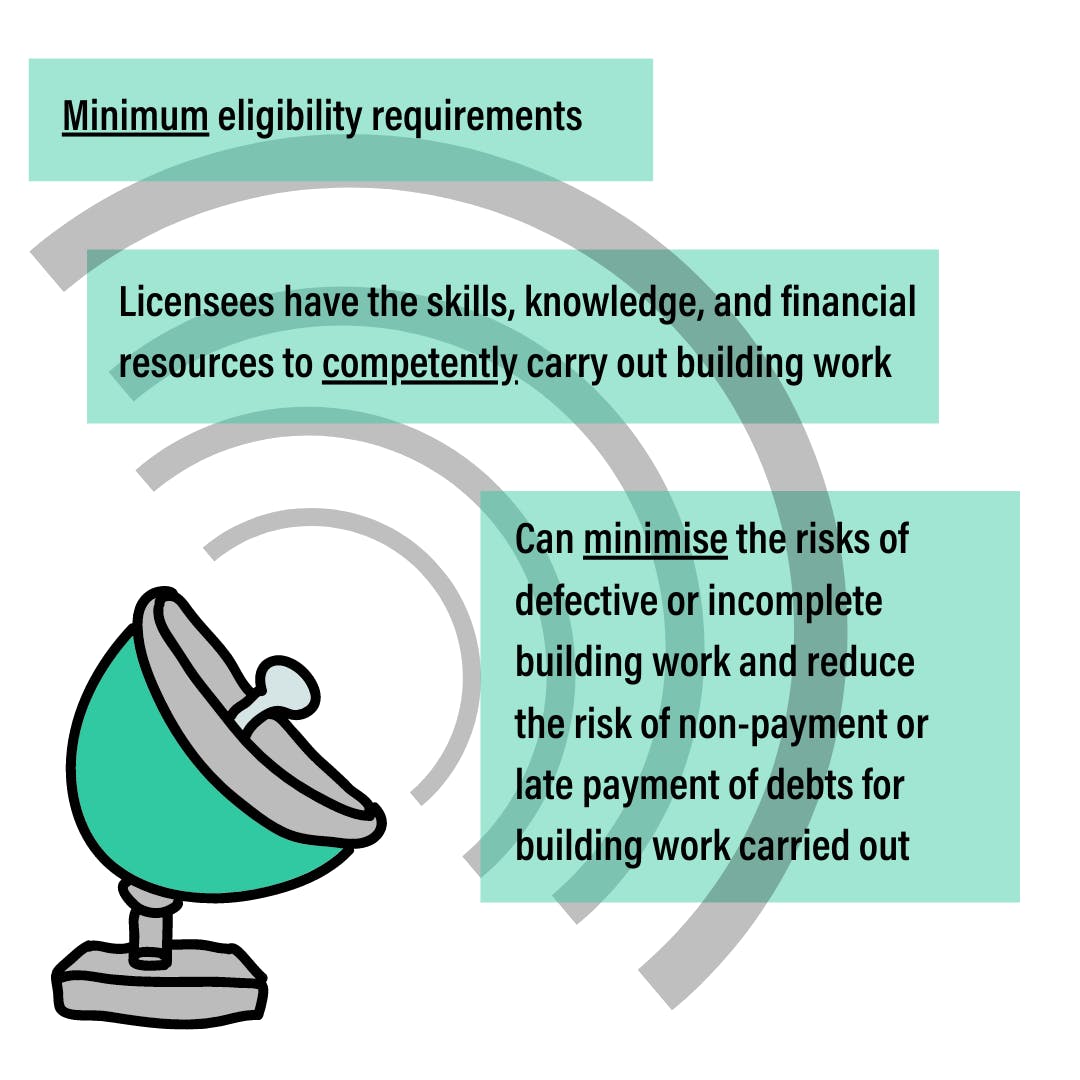 I believe that the comments in the Auditor General’s report put it beyond any doubt that licensing does not:

Furthermore, I believe that the requirements must be fair and balanced with the principle objective of ensuring the maintenance of proper standards and processes through only appropriately licensed persons or companies working in the industry.

However, in my view, licensing cannot act as an inappropriate ‘handbrake’ on people’s employment and business opportunities.

This is particularly the case during these very challenging COVID-19 recession times.

In this regard, I have noted a recent press release from the Commonwealth Treasurer where he stated:

“Tradies including carpenters, joiners, bricklayers, builders, electricians and plumbers, as well as a raft of other licensed occupations such as teachers and property agents, could find it easier to do business across state and territory borders with a new agreement that will see Council on Federal Financial Relations (CFFR) develop a framework for occupational licences to be automatically recognised across jurisdictions.

Under red-tape reduction reforms agreed to by Commonwealth, state and territory treasurers, automatic recognition will allow individuals who hold an occupational licence in one Australian jurisdiction to undertake equivalent work in another jurisdiction under that licence.

CFFR will prioritise implementation of a uniform scheme to support widespread occupational mobility via automatic recognition, with ambition to take effect from 1 January 2021, subject to the passage of legislation in individual jurisdictions.”

Unfortunately, licensing is regularly portrayed as a cure for all the ills of the industry.

I often note and hear comments that when industry issues are being discussed, the initial ‘go-to solution’ is that something needs licensing, or existing licensing requirements must be tougher.

Unfortunately, I think this occurs because, in my view, licensing is regularly misrepresented as to its potential effectiveness.

I despair when I hear words like this because at the same time, I usually never hear any cautionary words about the limitations of licensing.

The distressing thing is that when this happens, it is almost certain any licensing regime introduced in such a distorted environment will ultimately fail because people’s expectations will not be met.

‘Over promise and under deliver’ is a saying that I think accurately describes what happens in these situations.

The drums are beating that developers should be licensed.

Recently I have read and heard a lot of chatter that the biggest problem in the industry is ‘dodgy developers’, and therefore, they need to be licensed along the same lines as contractors.

I have met some ‘dodgy developers’ in my time so I am not for one minute downplaying the negative impact such dishonest and undesirable people have on the industry.

The industry would be a far better place if these types of people are denied any opportunity to become developers.

Having a conversation about how the industry should address this significant issue is something I support. However, I think we should not just limit our thinking to licensing to achieve such an outcome. Furthermore, when we do consider licensing as a possible solution, let’s acknowledge its shortcomings and potential deterring of reputable developers doing business in Queensland.

I do not accept the belief that reputable developers have nothing to worry about and will just get on board with any licensing requirements.

Regulatory requirements factor into all business decisions, particularly in a recession.

Has the government committed to licensing developers?

Based on some things I have read and heard, you would think so but for the record, that is not the case.

Indeed, a Parliamentary Committee reviewing the Building Industry Fairness (Security of Payment) and Other Legislation Amendment Bill 2020  (Bill) did turn its attention to the role of developers in the Industry.

In its report, the Committee referred to representations from the Construction, Forestry, Maritime, Mining and Energy Union (CFMEU) that to improve the viability of the industry, developers should be licensed.

“With licensing you then make developers accountable for various things like MFRs, minimum financial requirements—that they are a reasonable going concern before they are allowed to trade in Queensland. That should be something that every Queenslander wants—not just have these shell companies where you do not know where in the world the finance is coming from and the trail of destruction they can potentially leave as a result of their unscrupulous activity. Definitely with licensing you have them on the hook for MFRs. You then have them on the hook for non-conforming building products as well. You have them on the hook for security of payments and some of their unfair contracting practices—the way that they just unilaterally and without cause make calls on the job.

The Committee made the following recommendations to the government regarding developers, namely:

The Committee recommends that the Minister for Housing and Public Works considers undertaking a review of the role of property developers in the building and construction industry including consideration of the impact of their financial and operational capacity, ethical behaviour and work practices.

The Committee recommends that should the review detailed in Recommendation 11 be conducted in consultation with industry stakeholders, and the Minister for Housing and Public Works should report the findings of the review by 1 July 2021.

How did the government respond to these recommendations?

In the second reading speech introducing the Bill, the Minister stated:

“In recommendation 11, the committee has asked that I review the role of property developers in the building and construction industry, including their work practices. It is clear that the behaviour of developers can have a knock-on effect throughout the contractual chain. Amendments in this bill already address the risk of non-payment faced by head contractors by allowing them to register a charge over a developer’s land on which the building work took place when an adjudicated amount is not paid. More can be done to protect against developer non-payment. Therefore, in support of this recommendation, I will move an amendment during consideration in detail to provide for a statutory review of the role of developers.

Lastly, in recommendation 12 the committee recommended that the review into developers in the industry be completed by 1 July 2021 in consultation with stakeholders. Industry consultation is critical to understanding the issue of developers and getting the right outcome. Throughout the reform process, industry has been engaged every single step of the way. There are new reforms proposed in the bill and new timeframes for their implementation. The timing for the review must include time for the new reforms to take effect and must be sensitive to the ongoing issue of the global pandemic and its impact on the industry.

Therefore, in response to both recommendations 11 and 12, I propose to introduce amendments in consideration in detail that will establish a statutory review of the role of developers in Queensland’s building and construction industry. In consideration of the impacts of COVID-19 on the industry and that Queensland is only beginning its recovery from the resulting global financial crisis, the findings of the review will be reported to the Legislative Assembly as soon as practicable after the review is completed.”

The immediate way forward concerning this issue can be found in an amendment to the Bill, namely:

“115D Review of role of developers

(1) The Minister must ensure a review is conducted of the role of developers in the building and construction industry.

(2) The Minister must appoint a panel of not more than 4 appropriately qualified persons to conduct the review.

(3) The Minister must give the panel directions or a terms of reference to guide the review.

(4) The Minister must table in the Legislative Assembly a report on the outcome of the review as soon as practicable after the review is completed.”

In other words, we all need to wait to hear from the Minister concerning the establishment of this Panel.

A couple of other things.

I have not noted to date, any mention by the government that licensing is an option to address this issue, although that may feature in the Panel’s terms of reference.

Furthermore, the government has not committed to providing a report on the findings of the review by 1 July 2021.

To receive my insight straight to your inbox, click here and the Helix crew will make sure you are kept in the loop.