Project bank accounts are happening but will your job have one? 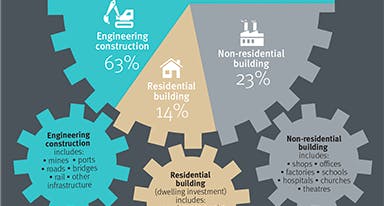 Many subcontractors have no doubt heard all the noise and chatter about far reaching reforms contained in the BIF Bill and may have a general understanding of the concepts and reasoning behind the reforms, including what are Project Bank Accounts (PBAs).

No one can argue with the stated goals of the BIF Bill to ensure subcontractors get paid for work that they do. The Minister’s speech introducing the BIF Bill sums it well:

“The central tenet of this bill is one that I and my colleagues on this side of the House feel very strongly about: if you do the work you should get paid. For far too long subcontractors have suffered an unreasonably high level of risk and burden of financial loss associated with the building and construction industry. The majority of the risk in a $44 billion industry has been placed on the shoulders of those who have the least power, and the result has been a disaster for small and medium sized subcontracting businesses. Non-payment has busted apart families. It has made people homeless. It has been a mental health disaster.”

However, now that the BIF Bill will be passing into law, the fundamental question being asked is:

Will my project have a PBA?

There is a large portion of subcontractors that will see no change following the passing of the Bill.

In delivering the second reading speech for the BIF Bill, the Hon MC de Brenni, Minister for Housing and Public Works and Minister for Sport addressed the implementation process that the government intends to adopt in respect to PBA when he stated:

“In consideration in detail, I will move amendments that will establish a statutory requirement for an independent review of phase 1 of project bank accounts, commencing no later than September 2018. It is my intention that, when established, the review panel will be led by an eminent independent person who will be joined by up to three senior figures with relevant expertise. I will issue terms of reference that will require the review panel to consult with representative bodies. It will also be complemented by a reference group, which will be available to undertake detailed work with panel members. It is important that this review panel is properly equipped to perform its role. It is important to me and it is important to every subcontractor who has not been paid for the work they have done that these new laws work effectively to provide security of payment for subcontractors sector-wide. I will commit a minimum of $500,000 to ensure that the panel has professional support and services are available to it.”

If a PBA is required on a project it is a question of the relationship between the builder and the client, it is not decided with any reference to the subcontractors. For PBAs to apply the builder has to be carrying out ‘building work’ as defined under schedule 2 of the QBCC Act 1991 and schedule 1AA, work that is not building work, QBCC, regulation 2003. There are 53 exemptions to the definition of ‘building work’, and then depending on the type of work, some further exemptions or contractual limitations may be imposed.

In other words there has to be a specific type of contractual relationship between the builder and client, that requires the builder to establish PBA to pay subcontractors working on that project.

By examining the available data produced by the Australian Bureau of Statistics in the 2014/15 financial year, outlined on the Queensland Treasury website, I have examined how much of the $45.8 billion building and construction industry would be covered by PBAs, had it been law during that time.

Billions of reasons PBA’s are limited

Based on the Australian Bureau of Statistics, the three broad classes of construction include:

Regardless of the type of construction work, PBAs do not apply to:

In addition to these general exemptions, further exemptions apply in relation to engineering and residential building.

“Engineering Projects” not covered by PBAs

Straight out of the gate, the $28.1 billion dollars of the industry that deals with engineering construction is not covered by PBAs.

The Minister in introducing the BIF Bill stated:

“PBAs will initially apply to government building and construction projects between $1 million and $10 million, excluding engineering projects tendered, from 1 January 2018. PBAs will then be rolled out to the private sector for building and construction projects valued at $1 million or more, again excluding engineering projects. We have listened to industry and under our new laws we will also have the ability to expand PBAs down beyond the first tier of subcontractors to protect those subcontractors and suppliers further down the contractual chain.”

This is a large portion of the total value of work being undertaken by the construction industry and subcontractors working on those projects will simply not have any protection through the PBA system.

The parliamentary committee report on the BIF Bill provided some guidance as to the application of PBAs in respect to residential work, where it is stated at page 12:

“Clause 16 provides that a PBA is not required for a building contract if the only building work for the contract is residential construction work unless the principal is the department (section 16(2)(a)) or the residential construction work relates to three or more living units (section 16(2)(b)). The department advised at the public hearing that a PBA would only be required for residential projects if the work relates to three or more living units (for example, at least three detached houses or two duplexes) and if the contract price is over $1 million.”

Having regard to the carve outs I am of the view that in the main, subcontractors who worked on:

What does all this mean for subcontractors?

Whether or not PBAs will apply to a particular Project is not a straightforward issue. This is because there are a number of carve outs that chip away at what projects PBAs will be on.

Of the $44 billion of building and construction work done in Queensland as noted by the Minister, only a third of that money will be protected by PBAs.

From a subcontractors perspective, the challenge for them will be in understanding if they will be getting paid through a PBA.

Given complexities regarding whether or not a Project will be covered by a PBA, educating the industry about its operation and application will be crucial to the successful implementation of the new PBA system. If you would like training undertaken within your business get in touch.

If you have any questions relating to the BIF Act or any SOP issues, please contact Michael Chesterman at michael@helix.legal or Earl Tan at earl@helix.legal.