SOP reforms… Something does not add up 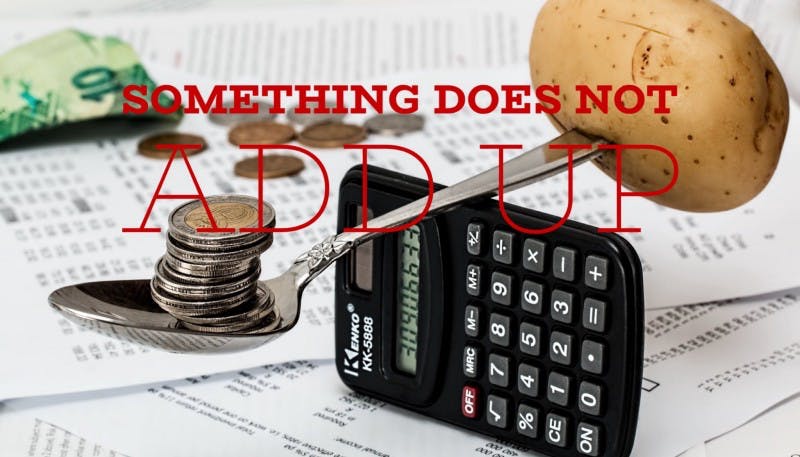 I am of the view there are very significant regulatory costs that are unavoidable for builders and subcontractors should the Building Industry Fairness (Security of Payment) Bill 2017 (BIF Bill), in its current form, be enacted.

Furthermore, to date, the government has only released cost modelling associated with one (establishment of Project Bank Accounts (PBA)) of the four major SOP initiatives outlined in the BIF Bill.

The BIF Bill imposes a broad range of new or increased regulatory costs on all contractors working in the building and construction industry through the:

“The bill will restore tougher minimum financial requirements. This provides the Queensland Building and Construction Commission with an insight into a company’s financial position and allows it to act on any potential problems. The bill provides that a regulation may prescribe increased financial reporting by QBCC contractor licensees.”

I also indicated in this article that the government is yet to disclose the changes it has in mind in this regard. I am not suggesting that tougher MFR’s is necessarily a bad thing so long as the government can demonstrate that the benefits to the industry outweigh any new costs contractors will have to incur in order to satisfy them.

The additional costs contractors may incur could be the result of the following changes being made to the MFR, namely:

However, until such time as the industry has the opportunity to review the new MFR’s and the government’s cost modelling of same, it is not possible for builders and subcontractors to have an idea as to additional costs they may incur, which possibly could involve substantial business restructuring costs.

Conclusion: New MFR and cost modelling has not been released for industry consideration.

Regulating contracts between contractors and subcontractors by mandating certain provisions and prohibiting others.

In my article “What will building contracts look like after Project Bank Accounts (PBAs) come into effect?”, I made the point that If the implementation of PBA’s is conditional on the government having to produce regulations mandating and prohibiting contract provisions to create a fairer and more accountable industry, then it would appear that building contracts are about to be significantly changed and redefined by the government.

The government has not released any specific details as to the contractual clauses it proposed to mandate or prohibit. There may be some good changes the government has in mind in this regard. The voiding of “pay when paid” provisions in construction contracts is widely acknowledged as an effective “fairness” government intervention in contractual dealings between builders and subcontractors.

However until such time as the government discloses its specific intentions in this regard then it is not possible for builders and subcontractors to make changes to their contracts and inform themselves about the implications of such changes, or train contract administration staff, project managers and superintendents on these changes.

Controlling and directing the flow of money between builders and subcontractors with the establishment of PBA.

The government engaged Deloitte Access Economics to undertake an analysis of the establishment of PBA. In responding to a question from the Public Works and Utilities Committee on 20 September 2017, the department advised that:

“The analysis undertaken by Deloitte Economic Access concludes that even when costs are incurred by head contractors there is a net benefit to Queensland of $4.2 billion over a 20 year period and it will also create up to 2,373 additional jobs by 2036–37.”

However, evidence given at a public hearing into the BIF Bill on 20 September 2017 by representatives of the Housing Industry Association (HIA), Master Builders Queensland (MBQ) and a major Queensland based Contractor painted a very different picture in terms of the costs builders will incur as a result a result of having to conduct their business through the establishment of PBAs based on the current drafting of the BIF Bill.

Conclusion: Given the disparity between the government’s analysis and that of the HIA, MBQ and Industry Participants, it is simply not possible to determine with any confidence the costs the industry will incur in the establishment of PBA.

Redefining in favour of subcontractors the operations of BCIPA through a number of procedural changes.

In my article “QLD Security of Payment is a minefield… but it might surprise you who is in danger”, I outlined six unintended consequences, five of which are BCIPA related, resulting in increased contract administration work that subcontractors and builders will have to undertake. These unintended consequences are:

Conclusion: Government cost modelling of BCIPA related changes has not been undertaken for industry consideration.

In summary, I am of the opinion that the government needs to undertake a more broadly focused analysis of the costs builders and subcontractors will incur if the four SOP initiatives outlined in the BIF Bill were to be enacted.

This analysis should be carried out on the basis of looking at the total implementation costs subcontractors and builders would incur if all four SOP initiatives were to be implemented as is planned.

If you have any questions relating to the BIF Bill or any SOP issues, please contact Michael Chesterman at michael@helix.legal or Earl Tan at earl@helix.legal.