Adjudication is in the right hands 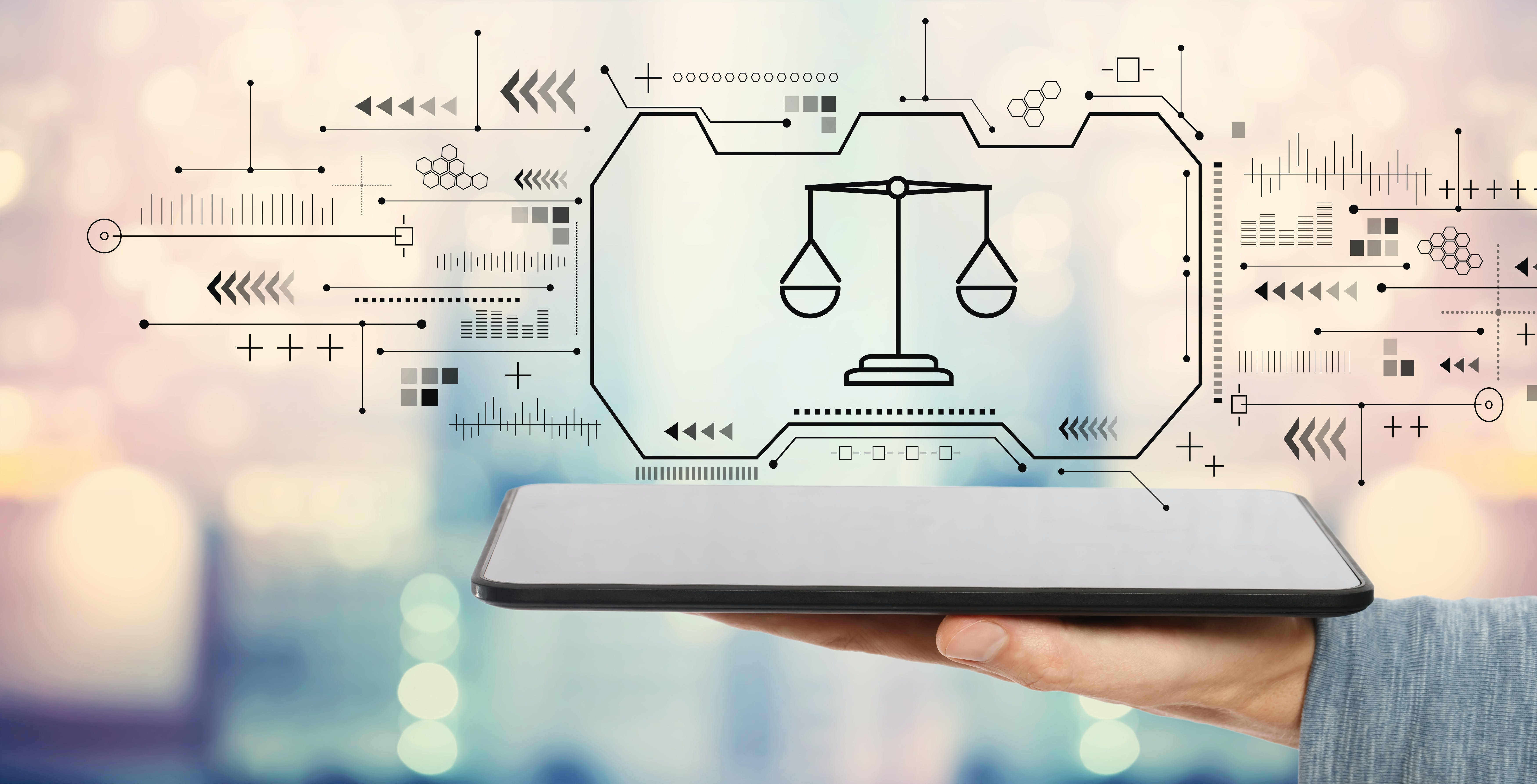 In an article I wrote in June 2018 entitled Is Adjudication about to make a comeback in QLD?, I voiced strong support for certain aspects of the Building Industry Fairness (Security of Payment) Act 2017 (BIFA), namely:

“In my recent article BCIPA bites the dust, I supported the decision by the Queensland government to retain all existing key responsibilities of the Adjudication Registry, and in particular the functions of receiving adjudication applications and referring applications to adjudicators that were the result of major amendments to BCIPA in 2014.”

Prior to the BCIPA amendments in 2014, for the previous 10 years Authorised Nominating Authorities (ANA’s) had performed the functions of receiving adjudication applications and referring them to adjudicators to decide payment disputes in QLD.

Elsewhere in the same article I stated:

“In the development of BIFA, the transferring of these key functions to the Adjudication Registry in 2014 was the subject of consultation and stakeholder feedback through:

During the consultation and feedback process, in settling on BIFA initiatives relating to the adjudication process, the Queensland government would have heard from supporters of the Adjudication Registrar model and those favouring the return to the ANA days.

An LNP government was responsible for implementing the BCIPA 2014 reforms. When in opposition, the current labor government was extremely critical of these reforms. They gave an election commitment to review them, which they have done.

During the course of this review, I think it is reasonable to conclude that the government would have closely examined whether the Adjudication Registrar should continue to perform these functions.

The government’s response has been an emphatic endorsement of these particular 2014 BCIPA reforms. In the tabling of the Bill that gave affect to BIFA the explanatory notes state:

Under section 79 of BIFA, a claimant may lodge an adjudication application with the Adjudication Registrar.

Furthermore under section 154 of BIFA one of the Adjudication Registrar’s functions is to refer adjudication applications to adjudicators.”

Not everybody agreed with the Adjudication Registry maintaining these functions

I am aware of a view held by others that the abolishing of ANA’s has been the major reason for a dramatic decline in the number of adjudication decisions being handed down in QLD.  With respect, I wish to point out the following facts that reveal an entirely different situation.

Fact 1: For the period 1 October 2004 to 14 December 2014 the adjudication regime in QLD under BCIPA was the same as the equivalent NSW regime in terms of:

NOTE: I have not considered the 2014/2015 financial year statistics for the purpose of evaluating the above ANA regime or the below amended BCIPA regime because it does not represent a full financial year’s operation in either instance.  However, for the record, according to published QBCC statistics, as at 31 December 2014 there was 215 adjudication decisions handed down.  As at 30 June 2015 a total of 406 adjudication decisions were handed down.

Fact 4: During this 4-year period, there were 3 financial years of published adjudication statistics pertaining to this amended version of BCIPA.  An examination of these statistics reveals the number of adjudication decisions peaked at a high of 363 in 2015/2016 to a low of 268 in 2017/2018, the last full year of BCIPA as amended.

Fact 6: 58% of this decline in the handing down of adjudication decisions occurred during the ANA regime (283 decisions, difference between 754 and 471), with ANA’s providing procedural advice and assistance to parties during this entire 10-year period.

Fact 7: Based on the QBCC 2018/2019 Annual Report, since the repeal of BCIPA on 17 December 2018 and the subsequent enactment of major adjudication and progress payment reforms under BIFA it would appear that the long–term trend in the decline in adjudication decisions being handed down shows no sign of abating.

For the record, 124 adjudication decisions were handed down in this 6 ½ month period.

What do I believe are the reasons for the decline in adjudication decisions?

In an article entitled Adjudication is no longer the flavour of the month, I made the following observations in relation to this now well established trend:

“I believe there are two main reasons:

a. Parties are working much harder to resolve payment disputes by negotiation.

I am also of the view that even affording the BIFA ‘claimant focused’ reforms (e.g. removal of the payment claim endorsement requirement) a greater period of time to have an impact, they will not reverse a decade long trend in the decline of adjudication decisions resolving payment disputes.

I do not view this fact as all bad. In my view, parties reaching negotiated payment outcomes is generally a good thing.”

It is absolutely a natural reaction for a claimant in the first instance to seriously consider proceeding to adjudication when they have received, in their eyes, a less than satisfactory response to a payment claim. However, under BIFA there are several procedural requirements claimants must comply with if they wish to proceed to adjudication.

Furthermore, if the claimant harbours a desire to maintain a good commercial relationship with the respondent in the future, then it may be a more prudent course of action for them to negotiate a settlement of the matter with the respondent.

Unfortunately, sometimes the claimant has no choice but to exercise their legislative rights and proceed to have the dispute decided by an adjudicator because of the unreasonable position adopted by the respondent.

In terms of providing advice and assistance to parties embroiled in payment disputes, I have noted in the QBCC Annual Report for 2008/2019 (page 46), the commencement of a new advisory service that established (I assume) to meet the needs of parties in this regard.

The fact that a claimant ultimately decides not to proceed with lodging an adjudication application, or withdraws an application after receiving assistance from the QBCC, an industry association or an experienced lawyer of the likes we have at Helix Legal, should not be viewed as some sort of black mark against the current adjudication regime in QLD.

To the contrary, the more informed claimants are of their adjudication responsibilities, obligations and need to adhere to legislative requirements, the more likely only procedurally compliant and jurisdictionally sound matters will proceed to adjudication.

In this regard it is very timely to point out an emerging jurisdictional issue, namely the requirements as to what constitutes a valid payment claim under BIFA.

To assist parties in this regard, two of my colleagues, Janelle Kerrisk and Jonathan Miliszewski, have in the past several weeks published very informative updates, namely:

I have a demonstrated track record of fighting for the establishment of adjudication and then for 13 years, being the Adjudication Registrar, responsible for all administrative functions associated with adjudication.

Adjudication provides all parties who carry out construction work with a very important option to resolve payment disputes. The mere existence of adjudication focuses the attention of respondents to consider resolving disputes by negotiation with claimants. An adjudication decision is enforceable as a judgment in a court of competent jurisdiction.  Multi-million dollar decisions are capable of being enforced as a judgment of the Supreme Court.

The effectiveness and speedy dispute resolution nature of adjudication means in my opinion that it should remain in the hands of the government to administer all key functions.

The current Queensland position in respect of the Adjudication Registrar receiving adjudication applications and then having the obligation to refer them to adjudicators, is essential because of public sector accountability, transparency and crime and corruption requirements and obligations that apply to the registrar and registry staff.