Did you hear the one about the adjudicators who walked into a bar? 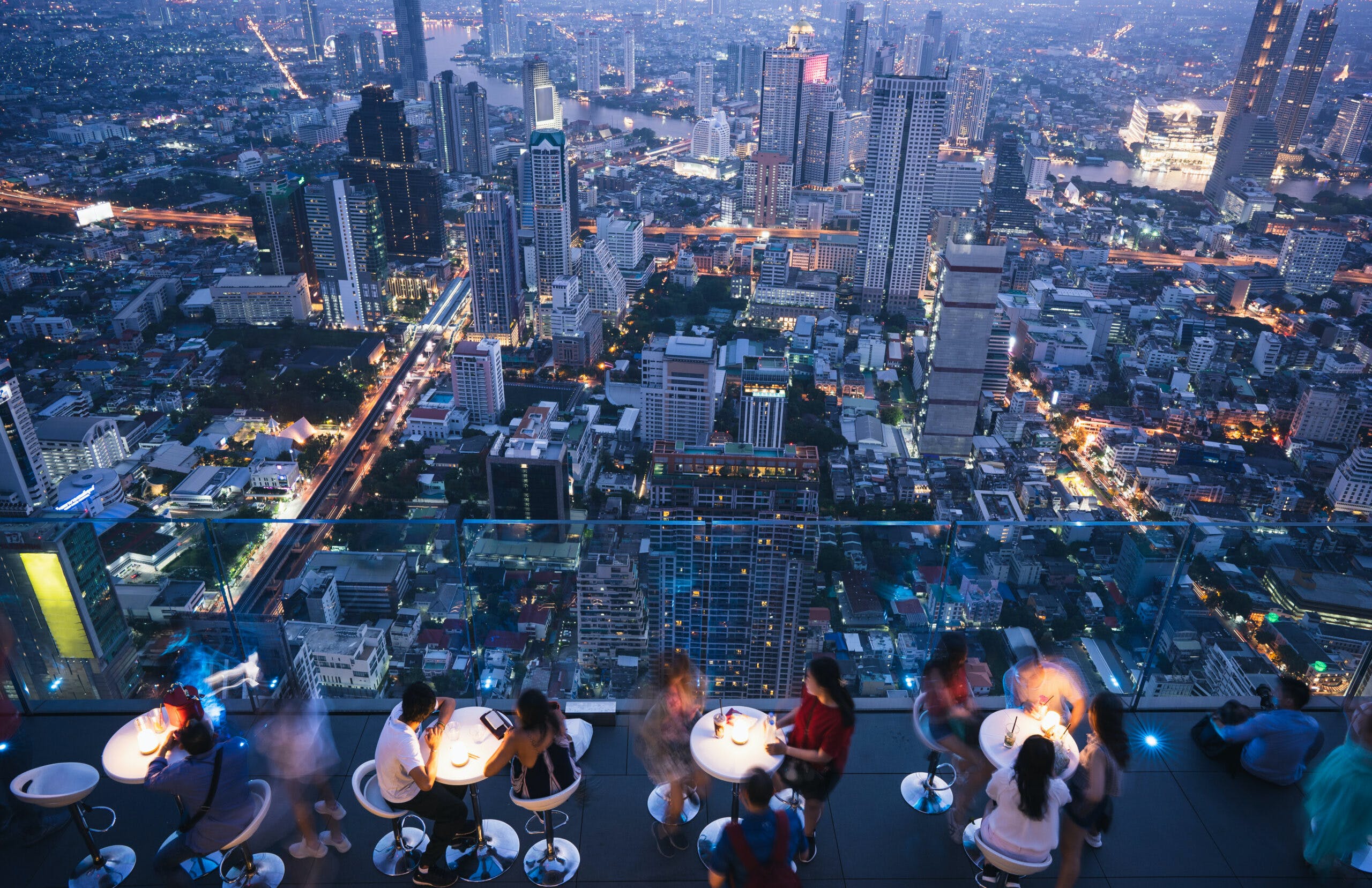 The bartender asks, “Why did you do that?”. The adjudicator replies, “Well, the first shot always tastes terrible, and the last one always makes me sick!”

Yes, adjudicators are smart, but they are also human.

Several other adjudicators attending a construction industry conference have decided to join smart adjudicator one because they needed to ‘debrief’, in a socially responsible manner, at the day’s end.

They first debated what type of establishment to frequent. Some wanted to go to an upmarket bar, others something more underground.  Like so much to do with adjudication, a compromise somewhere in the middle was selected and they joined smart adjudicator one.

Upon joining smart adjudicator one, the ordering of drinks commenced and then – what a varied selection ensued!

Three other adjudicators were happy to share a mid-range bottle of red wine, settling on St Hugo Shiraz.

Another selected a Coconut Margarita.

The other adjudicator told the bar person that any beer on tap would be fine. Just had to be cold and wet!

Ok, so if I have not lost you, there is some method in the madness designed to make you think, and believe it or not, there is a serious point I want to highlight.

Adjudicators are individuals who have varied backgrounds and experiences. Sure, every adjudicator must follow a contractual and legislative ‘roadmap’ in arriving at decisions, but I believe there is plenty of scope for them to apply their knowledge and understanding of the construction industry.

The qualifications and backgrounds of the adjudicators who have determined the last 5 published decisions are: 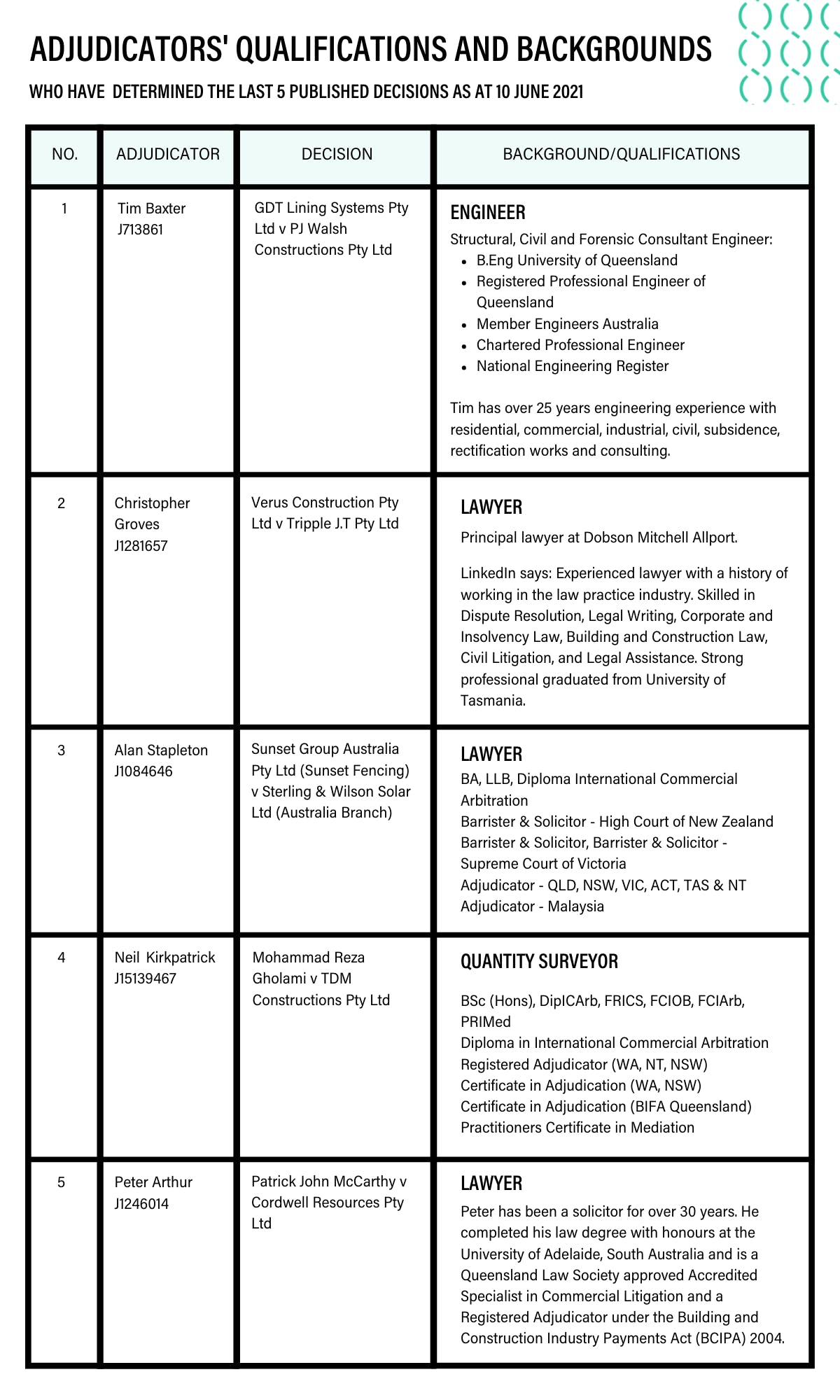 As the former Adjudication Registrar and a non-lawyer, working with a bunch of lawyers, my opinion is that a lawyer adjudicator may see aspects of a payment dispute in an entirely different light to a quantity surveyor (QS) qualified adjudicator.  Both could write a sound and well-reasoned decision but the outcome may be very different. 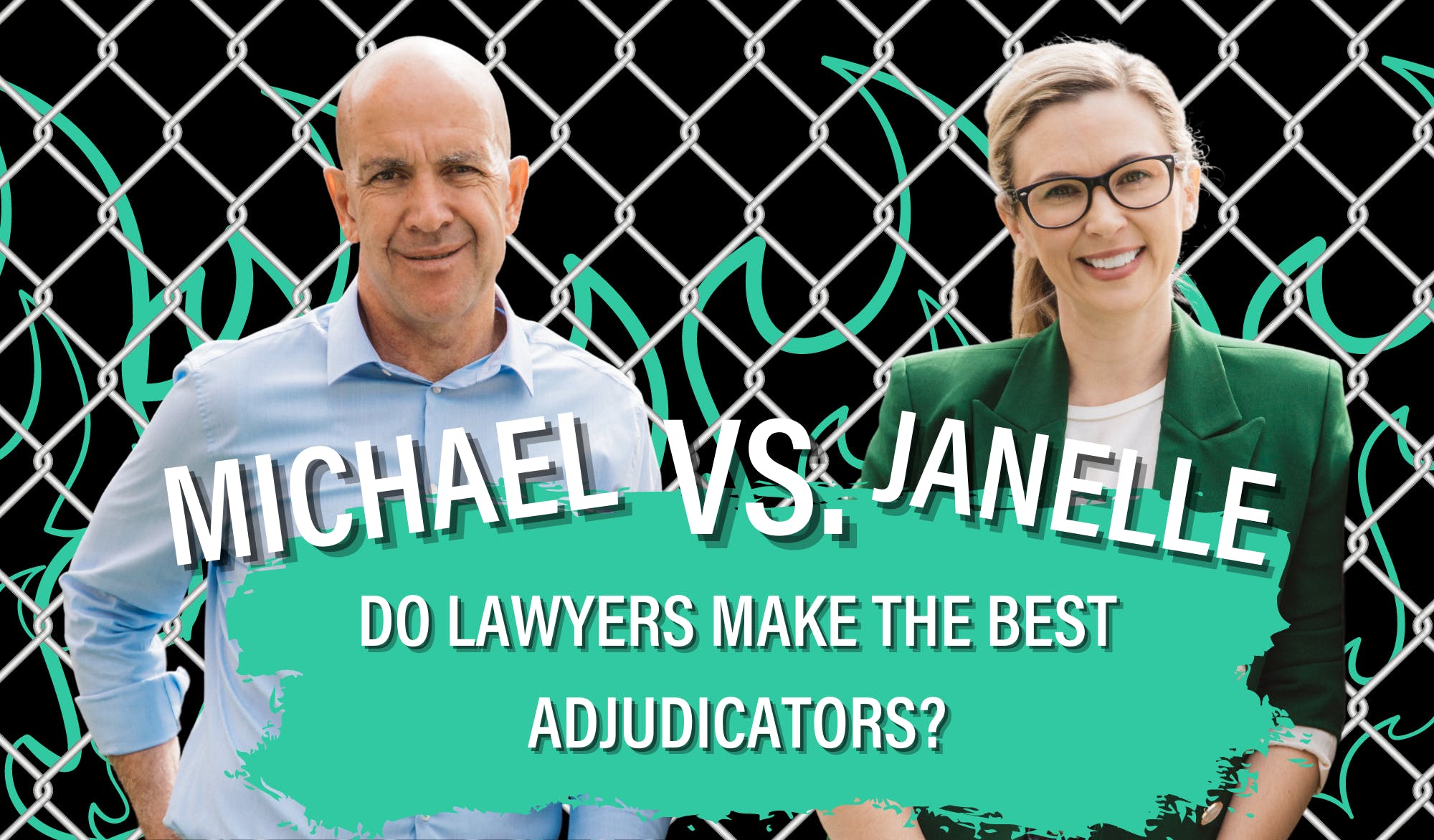 Janelle Kerrisk and I recently participated in a CPD event where we debated ‘Do lawyers make the best adjudicators?” To make things interesting, I, as a non-lawyer argued in the affirmative and Janelle, as an experienced construction lawyer, argued that lawyers do not make the best adjudicators. We applied the analysis undertaken in our debate in an article on Helix Insight.

Attempts are made to match the skill sets of adjudicators with the various applications received by the registry.  In the table above, of the last five reported decisions, you can see that three decisions have been made by people with legal qualifications, one engineer and one QS.  The Adjudication Registrar has made an Adjudicator Referral Policy according to section 155 of the BIFA which sets out the matters that the Registrar will have regard to when referring adjudication applications to adjudicators.

In the video below, I take you through the Adjudicator Referral Policy. This forms part of Module 2 of our Helix Legal SOP Online Course.

On 4 March 2020, Helix Legal hosted the now former Adjudication Registrar, Cheriden Farthing, at an event where she discussed how the registry assesses an adjudication application and the referral process. Hear what Cheriden had to say in the video below.

Therefore, my experience is that adjudication applications in Queensland that reflect certain dispute characteristics are referred to appropriate adjudicators based on their experience, qualifications, and knowledge. To learn more about the “Referee” in adjudication, hear from Janelle in this short clip.

Adjudicators cannot sit on the fence. They must arrive at decisions within set legislative parameters. I am sure that in many instances adjudicators take a deep breath when deciding 50/50 contractual issues.

This is the reality of adjudication. It is a speedy, relatively cheap dispute resolution process where humans preside.

However, for its shortcomings and challenges, I am a passionate advocate for adjudication.  I believe it is by far the quickest, cheapest, and most efficient system for resolving progress payment disputes.

Come along and hear from a panel of 5 experienced adjudicators! 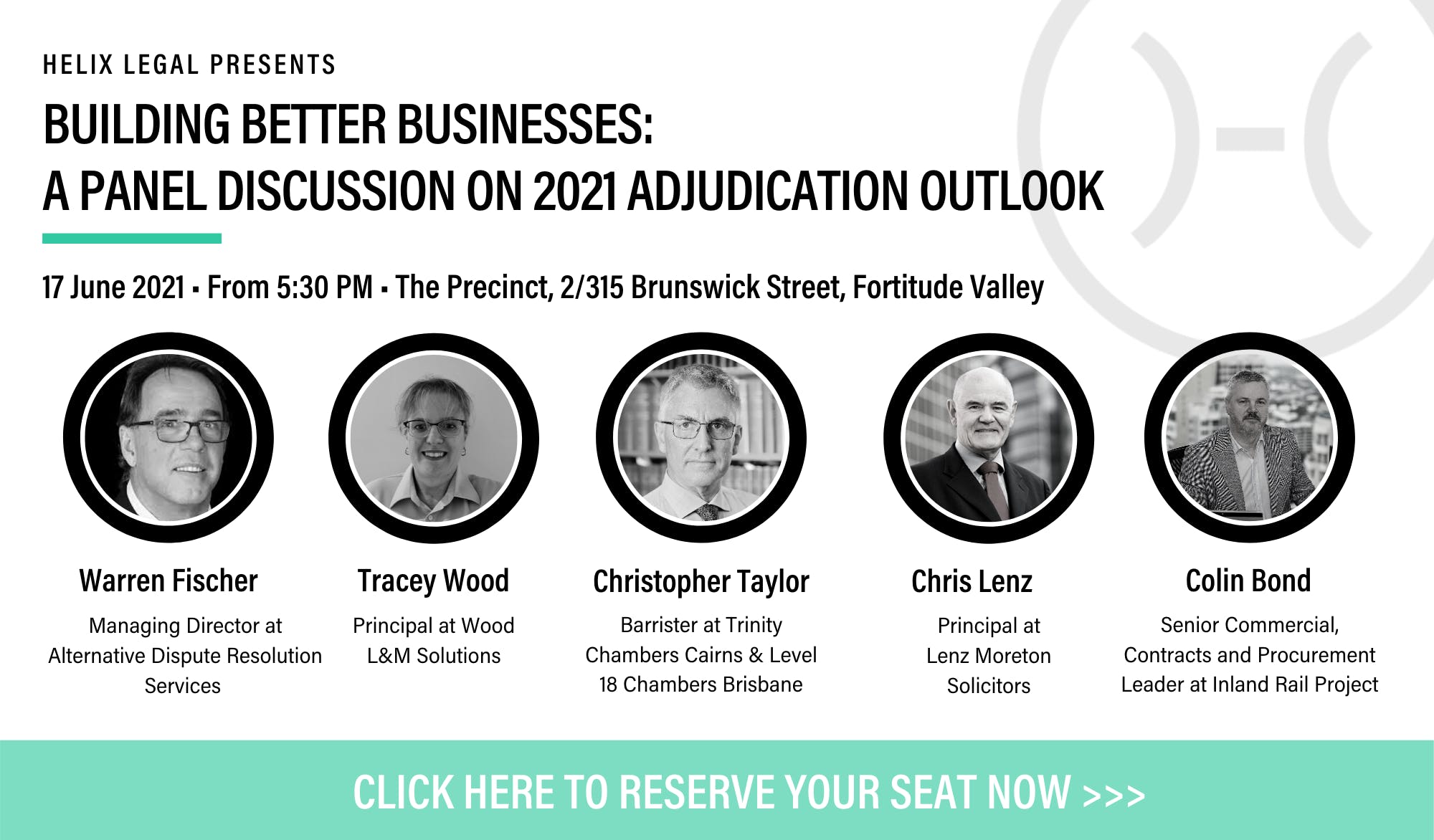 CPD points may be claimed for attendance at this event which has been designed to meet the Continuing Professional Development for Adjudicators Policy.