Everybody in the construction industry deserves to be paid 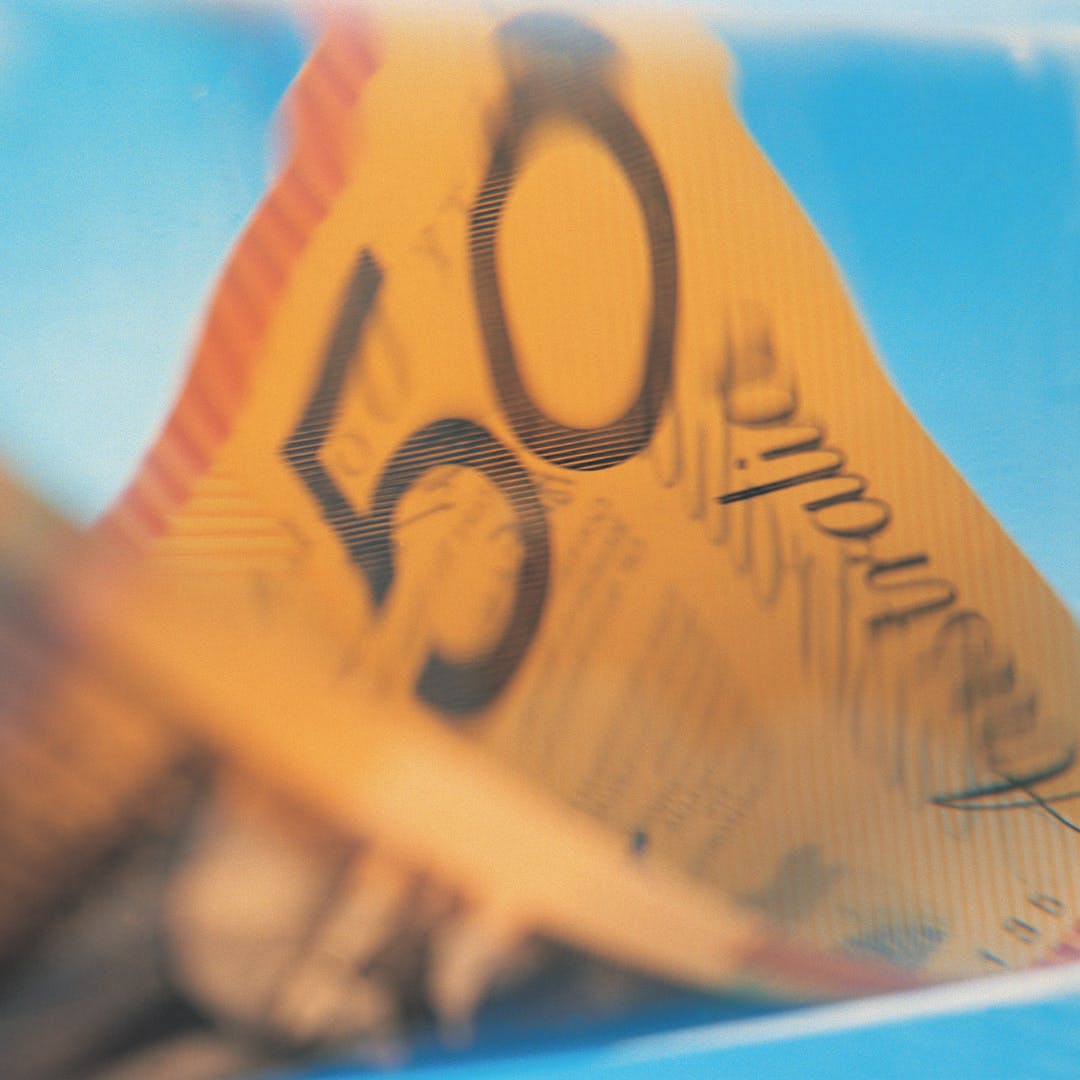 If a person or company carries out construction work or supplies goods or services under a contract for the benefit of another person or company, and they fulfill all their contractual and legal obligations, they deserve to be paid in full and on time, every time.

This is a fundamental entitlement and right that every reasonable and ethical person working in the construction industry would support.

Security of Payment (SOP) for subcontractors

The government has sought to address payment problems in the industry purely from the subcontractors perspective with the enactment of the Building Industry (Security of Payment) Fairness Act 2017 (BIFA).

In the explanatory notes it was stated that the policy objectives of BIFA are:

“improve security of payment for subcontractors in the building and construction industry by providing for effective, efficient, and fair processes for securing payment, including the establishment of a framework to establish Project Bank Accounts.”

In his speech introducing the then relevant Bill, the Honourable MC de Brenni, stated:

“The central tenet of this bill is one that I and my colleagues on this side of the House feel very strongly about: if you do the work you should get paid. For far too long subcontractors have suffered an unreasonably high level of risk and burden of financial loss associated with the building and construction industry. The majority of the risk in a $44 billion industry has been placed on the shoulders of those who have the least power, and the result has been a disaster for small and medium sized subcontracting businesses.”

BIFA seeks to deliver improved security of payment outcomes for subcontractors through:

The most significant of these initiatives is the establishment of PBA.  However in an article entitled Project bank accounts are happening but will your job have one?  I pointed out that PBA’s have limited coverage once they take effect in the private sector in late 2019.

“If a PBA is required on a project it is a question of the relationship between the builder and the client, it is not decided with any reference to the subcontractors. For PBA to apply the builder has to be carrying out ‘building work’ as defined under schedule 2 of the QBCC Act 1991 and schedule 1AA, work that is not building work, QBCC, regulation 2003. There are 53 exemptions to the definition of ‘building work’, and then depending on the type of work, some further exemptions or contractual limitations may be imposed.

In other words there has to be a specific type of contractual relationship between the builder and client, that requires the builder to establish PBA to pay subcontractors working on that project.

By examining the available data produced by the Australian Bureau of Statistics in the 2014/15  financial year, outlined on the Queensland Treasury website, I have examined how much of the $45.8 billion building and construction industry would be covered by PBAs, had it been law during that time.

In summary, 63% of construction work carried out in Queensland will NOT be the subject of PBA requirements.  The vast majority of this work comprises of  contractual arrangements between developers/principals/owners and builders.

The Courier Mail and it’s associated News Corp regional papers have just concluded a four day campaign entitled “Back our subbies“ where they very effectively made the case for improved payment outcomes for subcontractors.  I am of the view that any media attention that exposes payment issues in the industry is a good thing so kudos to the the Courier Mail for running such a campaign.

All subcontractors who carry out work and fulfill their contractual and legal obligations deserve to be paid in full and on time, every time.

However I would like to point out that the plight of builders to get paid for work done is exactly the same as subcontractors. The fact that there are obviously less builders than subcontractors should not matter in this discussion.

Unfortunately there are also some people that demonise builders as being responsible for all the payment ills in the industry.  This is both unfair and very unhelpful. ‘Builder bashing’ will not solve a thing.

“For a building or construction project of any significance to occur, in the initial instance there has to be a client with finance and a builder prepared to accept all the necessary legal and contractual obligations and responsibilities. All other contractual arrangements are subsequent to the client and builder entering into a contract. I believe that this fact is often missed these days in conversations about security of payment for subcontractors.

In an another article entitled Leave a light on for Builders I stated that:

“While others may disagree, it is my experience that payment problems for subcontractors in the building and construction industry is best summed up by the “80/20” rule. A minority of builders, approximately 20%, either fail to pay subcontractors at all or have a propensity on occasions to invent bogus reasons to delay payment to subcontractors.

On the other hand the vast majority of builders, approximately 80%, never partake in such insidious activities. However, regardless of this fact, as a result of BIFA they are going to have to comply with new measures such as the introduction of Project Bank Accounts and tougher Financial Requirements for Licensing.”

In a further article entitled I have just about had enough, I am getting out of the building game, a builder friend of mine expressed frustration with all aspects of BIFA. He stated:

“We have a successful business model and don’t need any government of any persuasion to mandate some sort of acceptable behaviour that we must adopt. The industry needs regulation but it should be focused on those contractors who do the wrong thing. Businesses like us who have a demonstrated record of doing the right thing over a long period of time should not be treated the same as these people.”

Is there an alternative to PBA that will provide broader coverage?

In a report entitled “Review of Security of Payment Laws”, the author, John Murray, AM, made a very strong case (chapter 17) for the adoption of cascading deemed statutory trusts.  Mr Murray was of the view that the concept of a deemed statutory trust was best explained by Mr Bruce Collins QC in an inquiry (2012) he conducted into insolvency in the NSW construction industry and where he stated:

Mr Murray stated that the main difference between deemed statutory trusts and PBA is:

“the most obvious difference between a deemed statutory trust and a PBA is that a deemed statutory trust operates such that each contractor or subcontractor holds funds down the line on trust for the person with whom they are in contract. A PBA on the other hand is a bank account, opened and maintained by a head contractor, into which contractual payments by the principal are deposited and through which payments are made to the head contractor and its subcontractors directly by the participating bank.

Given the pyramidal structure within which the industry operates and that those sub-subcontractors at the base of the pyramid are most vulnerable to the consequences of late payments and the risk of insolvency of the parties higher up the contractual chain, any reform proposal that does not include protection to the most vulnerable must be considered as suboptimal.

Therefore, on this very measure, the PBA proposed in the Queensland Bill 2017 will produce an inferior outcome when compared to the deemed statutory trust concept that had been recommended by the WA Law Reform Commission and the Collins Inquiry.”

I am of the view that PBA will have limited SOP impact (only 37% of all work) because of the narrow definition of ‘building work’ they will apply to.

On the other hand cascading deemed statutory trusts for the carrying out of  ‘construction work’ as defined under BIFA, would cover close to 100% of the industry and in my view achieve very substantial SOP outcomes for all parties.

However until such time as appropriate economic modelling is carried out on the impacts and outcomes relevant to the Queensland industry in 2019 and looking forward, then it is not possible to offer an informed view as to whether deemed statutory trusts should be implemented.

In a recent ABC online article entitled “Construction set for its biggest fall since the global financial crisis” it is stated:

“In a reality check for investors who bought at the top of the apartment boom, BIS is predicting the biggest correction since the global financial crisis hit in 2008, with housing starts set to fall by almost 23 per cent by 2020.”

Benefits for persons carrying out construction work subject to deemed statutory trusts should be weighed up against the costs of this initiative, as well as the potential for it to be a significant negative disruptor to investment in the construction industry.

I am surprised that the Government has not proposed deemed statutory trusts as the optimum solution to payment problems in the industry.  If builders benefit from improved payment outcomes from clients or owners then it stands to reason that they will be in far better position to pay their subcontractors.

I can only speculate on the reasons for this approach.

Perhaps it could be because many subcontractors consider that the implementation of cascading deemed statutory trusts would impose a significant administrative burden on them. This is because they would be required to administer payments on behalf of their sub-subcontractors under a statutory deemed trust arrangement.

It could also be the result of a belief that the problem of late/non payment and the risks of insolvency is a problem confined to the head contractor/subcontractor aspect of the contractual chain. Consequently there is no need to extend legislative interference past this one tier.

Finally, I cannot help and reflect on the lost opportunity over the past several years for the industry to be able to carefully consider the pros and cons of deemed statutory trusts in a transparent and fully informed manner.  It needs to be remember that the Government initially floated the idea of PBA in a Discussion Paper dated December 2015.  If only deemed statutory trusts were also then submitted to industry participants for consideration.