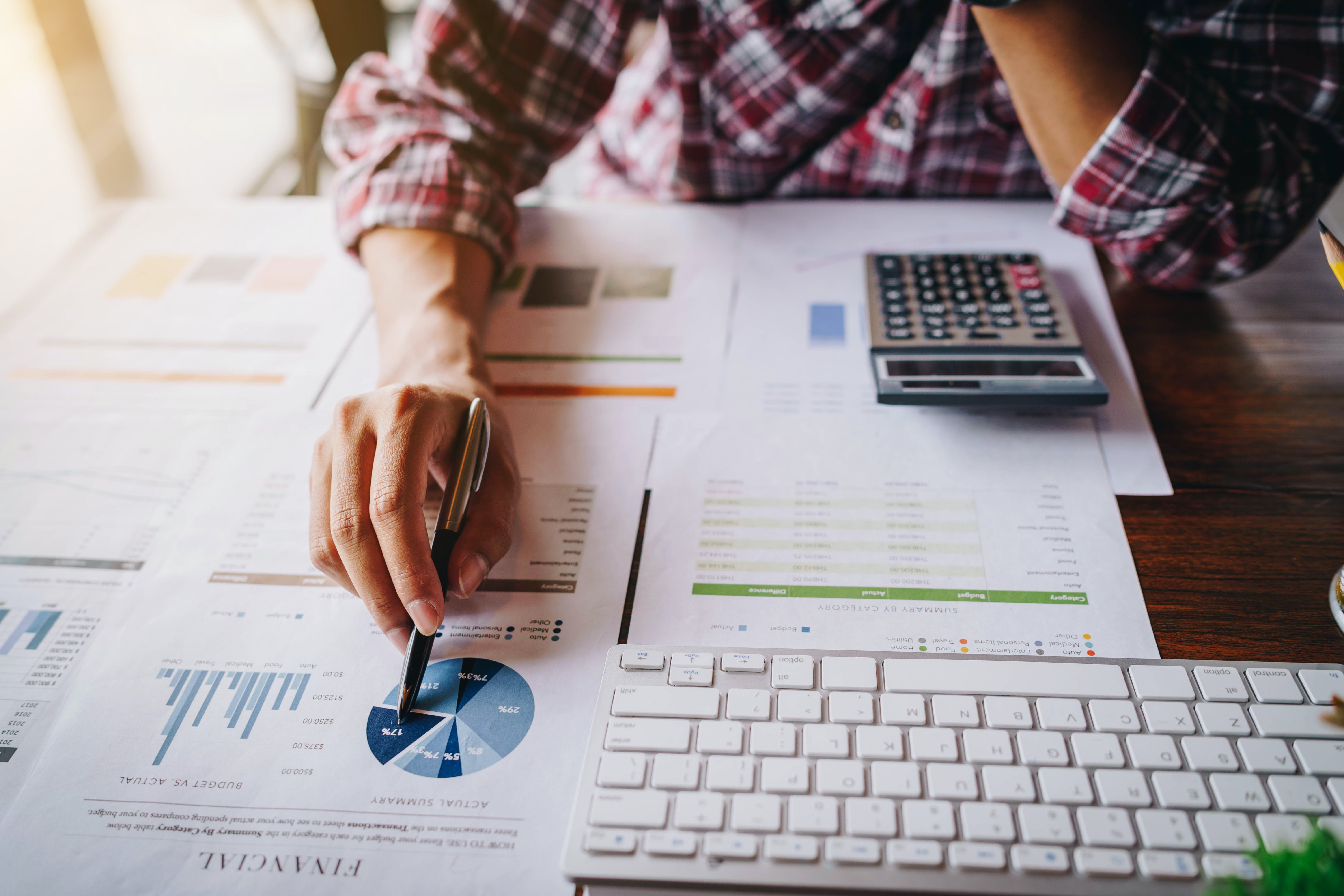 As the inaugural Compliance Manager for the predecessor of the QBCC, the BSA, I was responsible for managing several thousand investigations into financially troubled contractors.  I believe that this means I am well placed to express some ‘lessons learnt’ views on the matter of licence suspension and the financial requirements imposed by the regulator in Queensland.

The introduction of new and tougher Minimum Financial Requirements for Licensing (MFR’s) is one of the key aspects of the current Security of Payment (SOP) reforms.  In a government information bulletin it is indicated that these changes are designed to:

It is stated in this information bulletin that these changes “will ultimately enable the QBCC to more effectively detect and minimise the impact of potential insolvencies and corporate collapses”.

In an article entitled An effective licensing regime is not a silver bullet for the problems of the industry “…..but we must have one, I indicated that despite the fact that the MFR’s have some limitations, I supported them.  I stated:

“The MFR’s are necessary and I support the changes being introduced but if they are relied upon by industry as the silver bullet to cure insolvency in the industry – there will only be widespread disappointment.  We should also recognise that the MFR’s play a very important role in ensuring as much as possible, only financially viable contractors are operating in the Industry in Queensland. While it is not the silver bullet it is better than what exists in most other States and Territories throughout Australia.”

Additionally in an article entitled Heads up Accountants – Don’t let Big Data act before you do!, I pointed out that ‘Big Data’ has the potential to significantly assist the QBCC to achieve its compliance objectives, which will include enforcement of the MFR’s.  In this article I stated:

“Big Data has the potential to supercharge the compliance and enforcement functions of the QBCC.  When supporting licensed contractors in Queensland as accountants you should be mindful ‘Enormous Brother is Watching’ and this is the title of a previous article of mine.

In this article I identified that the QBCC had issued an Insights Driven Regulator-Strategy and Business Case Tender where it is stated:

“Through recent significant legislative reform the QBCC was given extended powers to enhance the integrity and probity of the building and construction industry.  Consequently, this reform will rely heavily on data intelligence and analytics. A critical dependency to achieve the Government’s expectations for implementation of the new laws is the ability to be an “insights driven regulator””.

In an article in “The Urban Developer” it is stated:

“The fiscal health of Britain’s largest construction company has been under the microscope after the late release of its financial results earlier this year, reporting a loss after tax on its Australian operations of £14.6 million (A$27m).”

On 8 March 2019, the QBCC suspended the licence of Laing O’Rourke Australia Construction Pty Ltd (Laing O’Rourke) for failing to satisfy the MFR’s.  In an article in “The Urban Developer” it is stated:

“The contractor’s licence was revoked after an 11-month investigation revealed that the company’s operation in Queensland presented “a serious risk of financial harm to the sector”.

“The company was given a show cause notice and provided updated information, however it failed to show how the company was operating within the law, and with allowable asset levels,” Bassett said.

“[The] company is operating outside its allowable annual revenue limit and this presents a serious risk of financial harm to the sector”. (underlining my emphasis).

In a press release Laing O’Rourke strongly disputed the action taken by the QBCC, stating:

“Laing O’Rourke strongly disputes today’s QBCC decision. We are appealing this decision and seeking an urgent reassessment to have this matter resolved. The business maintains a strong financial position with independently audited accounts, which have been signed off in accordance with Australian accounting standards. Whilst a loss was published in June 2018 for the 2017/18 financial year, this related to an increased investment in tendering and a small number of legacy projects. The business has no outstanding creditors, a strong cash position and continues to operate profitably, holding building licences in all other jurisdictions across the country.”

On 13 March 2019 the QBCC lifted the suspension on the company’s licence but imposed the following condition:

“The Company is required to provide internal management accounts to QBCC for each month end, commencing 31 March 2019, by close of business on the 14th of each month, until the Company’s externally audited accounts for 31 March 2019 are provided to QBCC.”

In response Laing O’Rourke stated in a press release:

“Laing O’Rourke has undertaken internal restructuring to better demonstrate our asset base to the QBCC.

We have also demonstrated our improving business profitability, achieved through increased productivity and project performance.

Our business maintains a strong financial position and of course we have independently audited accounts.  We have no outstanding creditors, a strong cash position and we continue to operate profitably.”

What was the ‘internal restructuring’ undertaken by Laing O’Rourke?

According to an article in the Financial Review entitled “Laing O’Rourke forced into reporting regime to keep building in Queensland” it is stated:

“The commission, which monitors whether construction groups can afford to take on big projects, lifted its suspension on Laing O’Rourke’s licence on Wednesday after the British-headquartered company increased the equity held in its Australian business by $32 million.

Laing O’Rourke’s licence was suspended last week after it failed to satisfy the commission’s financial requirements.

But after meetings between the commission and Laing O’Rourke in Brisbane, the construction group moved money internally and paid off some debts, enabling its net tangible assets to meet requirements.”

Was the suspension of Laing O’Rourke’s licence avoidable?

Like all observers of this matter, given that I do not know what transpired between the company and the QBCC, it is impossible to answer this question with any degree of certainty.  However if the matter was resolved along the lines as outlined in the Financial Review, then I am surprised that these actions were only taken after the QBCC suspended the company’s licence.  I would have thought these options were available to the company at some point of time prior to the QBCC suspending the company’s licence.

The QBCC will expect all relevant licensees to adhere to the MFR’s.  In a Discussion Paper (appendix 5) it is indicated that as at 4 July 2018, there are 70,825 licensees required to meet the MFR’s.  Furthermore, if necessary the QBCC will take enforcement action to protect subcontractors, suppliers, investors and homeowners from financial hardship as a result of dealing with licensees in financial distress.

On the basis of the matter being resolved as reported in the Financial Review, contractors are going to have to explore and settle to the QBCC satisfaction financial restructuring actions in order to address identified MFR’s issues.

If a contractor operates a substantial business the QBCC will monitor their operations after any MFR’s issue(s) have been addressed.

The QBCC has the necessary powers, upgraded systems and sufficiently trained staff to effectively enforce the new MFR’s.

It will not only be builders that should carefully note what has transpired in this matter.  Subcontractors running significant businesses will be treated in exactly the same manner. The MFR’s do not distinguish between builders and subcontractors. They are all licensees.

The QBCC will afford contractors sufficient opportunity to address any identified issues, providing they are acting in a responsible and honest manner.  I note that in this matter the duration of the QBCC investigation was 11 months.

With respect to the new MFR’s, the time is over for debating the relative merits or otherwise of the changes.  As of 1 January 2019 the new MFR’s have become a reality and they are biting.

Contractors, you have been warned.