SOP reforms… Something STILL does not add up 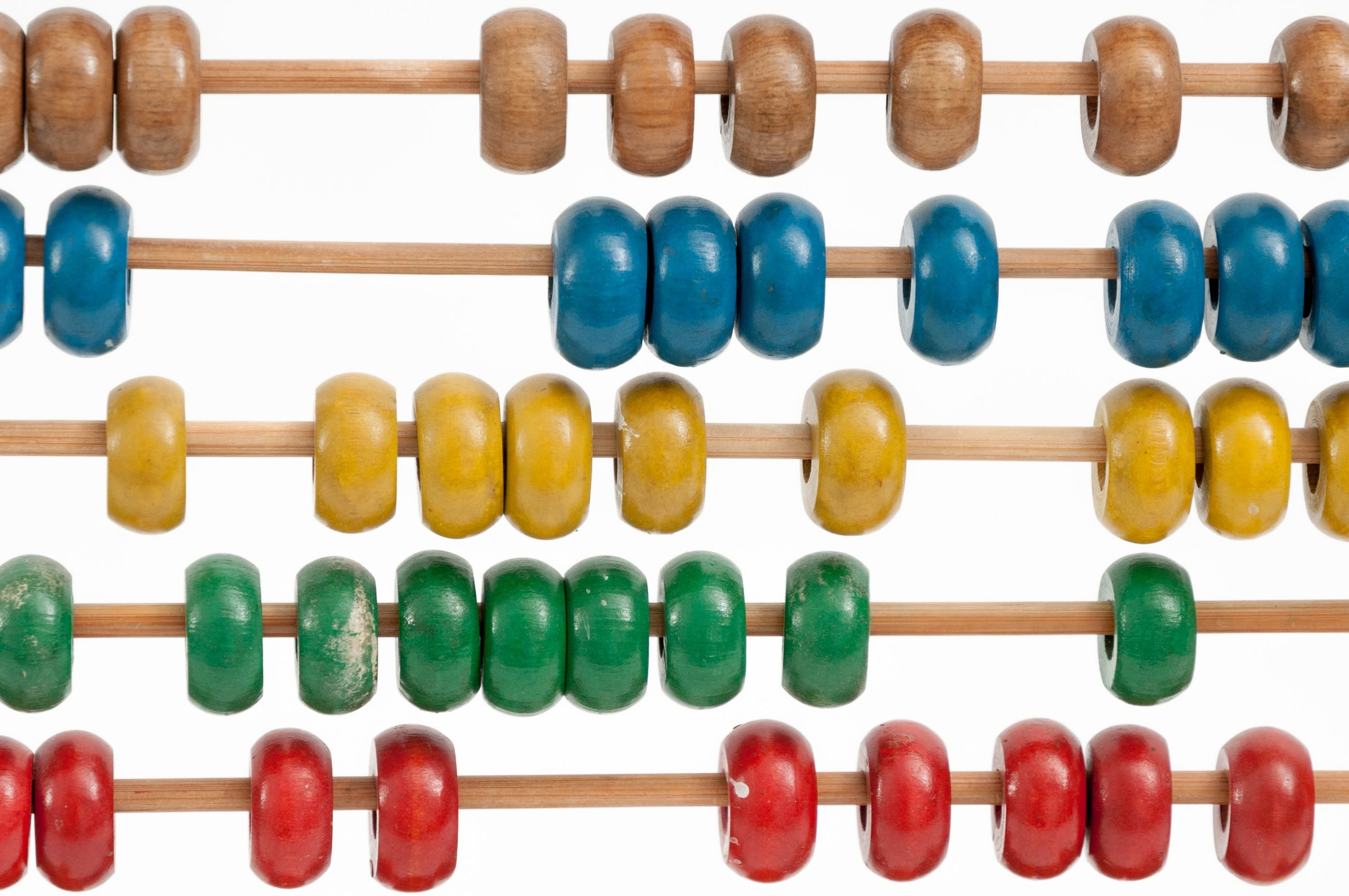 On 9 October 2017 I published an article entitled SOP reforms… Something does not add up where I stated, in relation to what was then the BIF Bill:

“I am of the view there are very significant regulatory costs that are unavoidable for builders and subcontractors should the Building Industry Fairness (Security of Payment) Bill 2017 (BIF Bill), in its current form, be enacted.

Furthermore, to date, the government has only released cost modelling associated with one (establishment of Project Bank Accounts (PBA)) of the four major SOP initiatives outlined in the BIF Bill.

The BIF Bill imposes a broad range of new or increased regulatory costs on all contractors working in the building and construction industry through the:

Adopting the same format I utilised in my previous article, I will outline the current position as I now view things in relation to costs to be imposed on contractors as a result of the now enacted Building Industry Fairness (Security of Payment) Act 2017.

The Department of Housing and Public Works website states that:

“Changes to the requirements are happening in 2 phases:

Phase 2 will begin on 1 April 2019 and will introduce higher reporting standards for category 4–7 licensees (larger, higher risk licensees), along with the rest of the reforms.

This phase will also involve repealing the existing MFR Board Policy and placing its provisions in a regulation.”

Consequently, until details relating to phase two are known it is not possible to determine the total compliance costs contractors will incur in respect to complying with these new MFR’s.

Caused by – Regulating contracts between contractors and subcontractors by mandating certain provisions and prohibiting others.

The situation in respect to this new initiative is exactly the same as what I outlined in my October 2017 article. In this article I also referred to a previous article entitled What will building contracts look like after Project Bank Accounts (PBAs) come into effect?  where I stated:

“The government has not released any specific details as to the contractual clauses it proposed to mandate or prohibit. There may be some good changes the government has in mind in this regard. The voiding of “pay when paid” provisions in construction contracts is widely acknowledged as an effective “fairness” government intervention in contractual dealings between builders and subcontractors.

However until such time as the government discloses its specific intentions in this regard then it is not possible for builders and subcontractors to make changes to their contracts and inform themselves about the implications of such changes, or train contract administration staff, project managers and superintendents on these changes.”

Caused by – Controlling and directing the flow of money between builders and subcontractors with the establishment of PBA’s.

The situation in respect to this new initiative is exactly the same as when I wrote my earlier article and so my views remain unchanged and are just as relevant in 2019.

“The government engaged Deloitte Access Economics to undertake an analysis of the establishment of PBA. In responding to a question from the Public Works and Utilities Committee on 20 September 2017, the department advised that:

“The analysis undertaken by Deloitte Economic Access concludes that even when costs are incurred by head contractors there is a net benefit to Queensland of $4.2 billion over a 20 year period and it will also create up to 2,373 additional jobs by 2036–37.”

However, evidence given at a public hearing into the BIF Bill on 20 September 2017 by representatives of the Housing Industry Association (HIA), Master Builders Queensland (MBQ) and a major Queensland based Contractor painted a very different picture in terms of the costs builders will incur as a result a result of having to conduct their business through the establishment of PBAs based on the current drafting of the BIF Bill.”

Conclusion: It is still not possible to determine with any confidence the costs the industry will incur in the establishment of PBA.

Caused by – Redefining in favour of subcontractors the operations of BCIPA through a number of BIFA procedural changes.

The situation in respect to this new initiative is exactly the same as when I wrote my earlier article in 2017 where I identified:

“In my article “QLD Security of Payment is a minefield… but it might surprise you who is in danger”, I outlined six unintended consequences, five of which are BCIPA related, resulting in increased contract administration work that subcontractors and builders will have to undertake. These unintended consequences are:

Conclusion: Government cost modelling of BCIPA/BIFA related changes has not been undertaken for industry consideration.

Will the Building Industry Fairness Reforms Implementation and Evaluation Panel count up the costs at last?

The Government has established a Building Industry Fairness Reforms Implementation and Evaluation Panel:

“to work with government and the building industry to assess the implementation and effectiveness of the suite of 2017 building fairness reforms.”

The Panel has released a Discussion Paper where it is stated:

“As noted above, this paper discusses the following suite of reforms:

Part 3—new requirements which will apply to all building contracts which provide for retentions or security for performance;

Part 4—timing for commencement of the suite of reforms.

The reforms relating to MFR and improving the fairness of contract terms will not be considered in this paper as at the time of preparing this paper, the regulations relating to these reforms had not been released.” (underlining emphasis added).

Unfortunately, the Discussion Paper sheds no light in terms of new costs 1, 2, 3 and 4 that I previously identified in my article dated 9 October 2017 as critical information contractors should have been provided before the BIF Bill passed through Parliament on 26 October 2017.

I would encourage all participants in the industry to provide a response to the Discussion Paper by 5 PM on 15 February 2019.  However, without the benefit of realistic estimates of the regulatory costs for ALL these SOP initiatives for industry participants to consider, I am of the view that responses will be of limited real commercial value.

I also believe that counting the regulatory costs must include the new financing costs contractors will incur as a result of having to comply with all SOP initiatives.

In so far as builders are concerned, the greatest financial challenge, in my opinion, will be finding new forms of finance as a result of not having access to subcontractors cash retentions due to the PBA requirements.

It should be noted that I have always opposed builders utilising cash retentions from subcontractors to finance their daily business operations. Cash retentions are money’s retained by a builder as part of a progress payment to a subcontractor up until an agreed retention value is reached. It is money earned by the subcontractor through the progressive completion of work and held by the builder to secure the subcontractor’s performance obligations under the construction contract.  The cold reality is that it has a well-established history of supporting builder’s cashflow.

In an article entitled RIP Statutory Construction Retention Bond/Trust Scheme, I make the case for:

“the establishment of a statutory retention scheme because of the fact that it will ensure cash retentions cannot be misused and that such monies will only be released by agreement between the parties or the result of a dispute resolution process such as Adjudication.”

It is a simple reality that to date builders have been able to operate with full use of retentions and to essentially ‘flick a switch’ and deny them this ability overnight will cause many of them financial hardship.

The issue is not – preventing builders from using cash retentions for finance purposes. I agree that this is a good and very worthy legislative objective. Rather, the issue is that there has been no information released detailing refinancing options builders may explore, the costs relating to each and whether there should be an extended transitional period afforded to builders to restructure their businesses in these circumstances.  But why is this the government’s responsibility – because good reform should factor in the commercial impact on the industry it is intended to protect.

Also, I have heard it said that builders who have utilised subcontractor’s retentions in this way in the past and cannot obtain or afford refinancing options “are exactly the type of builders the industry does not want.”  I do not agree with such a sentiment. While such builders will have to adapt to changing SOP requirements, providing they have a ‘clean’ licensing and corporate behaviour record, I believe they are entitled to be afforded the opportunity to restructure their business if suitable financing options are available and affordable.