Folk stories and other urban myths 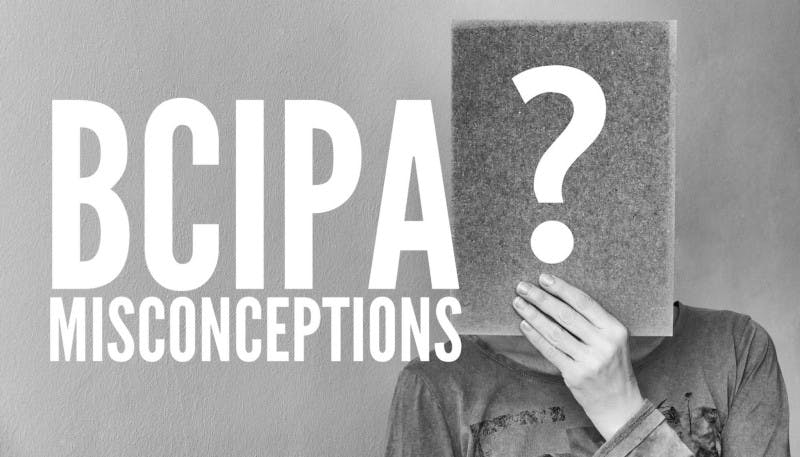 Over the course of the recent security of payment (SOP) debate that has culminated in the tabling of the Building Industry Fairness (Security of Payment) Bill 2017 (BIF Bill), I have noted several significant misconceptions about the 2014 amendments to BCIPA.

In 2014 respondents, for the first time, were afforded an opportunity to provide a ‘2nd chance’ payment schedule before claimants could proceed to adjudication.

From the date BCIPA was assented to on 20 May 2004, under section 21(2) a respondent had the opportunity to provide a ‘2nd chance’ payment schedule if the claimant decided to go to adjudication.

Why are respondents afforded a ‘2nd chance’ to provide a payment schedule?

Because the short time (5 days) given to a respondent to serve a ‘2nd chance payment schedule’ provides the parties with a last opening to settle a matter.

FACT 1: A second opportunity to give a payment schedule before proceeding to adjudication has always existed under BCIPA.

The 2014 changes made it so that it was no longer an offence if a respondent failed to provide a payment schedule.

Unfortunately, this misconception was recently affirmed by a departmental officer in a public hearing into the BIF Bill on 20 September 2017.

The following is an exchange that took place during the public hearing:

Committee: Nothing too lengthy. I was not in parliament at that stage. Was it an amendment or a change of regulation?

Department: That was an amending bill that affected those changes.

Committee: Thank you. That is still in effect, clearly, until this passes

Why does this misconception matter? Surely this is a trivial issue I can hear some say.

It matters because this misconception has developed like a folk story and is rolled out to justify the exclusive focus on subcontractors in the BIF Bill. An analysis of these amendments should be factually based and the right solutions for subcontractors and builders should be well thought out.

The situation from the date BCIPA was assented to in 2004 is that the failure to provide a payment schedule by a respondent has never been an offence.

Section 18 of the BCIPA has always stated the following:

Why has this been the situation since 2004?

However, it is certainly the case that the BIF Bill now compels respondents to provide a payment schedule in all cases, and creates an offence should a respondent fail to do so.

“Clause 76 incorporates and varies section 18 of the repealed BCIPA. It provides that a respondent given with a payment claim must serve a payment schedule to the claimant, (whether or not the respondent intends to pay the amount stated in the payment claim), unless they have a reasonable excuse. The clause also sets out the timeframes for serving a payment schedule. Failure to provide a payment schedule is an offence, with a maximum penalty of 100 penalty units. The offence reflects the importance of open communication and providing certainty to claimants about whether a respondent intends to pay. The opportunity to proceed to judgment or adjudication will also arise sooner.”

FACT 2: There has never before BIF been a penalty for the failure to provide a payment schedule.

After 2014 in all circumstances respondents were afforded the opportunity to include new reasons in an adjudication response that they did not outline in the payment schedule.

It is true that in respect of ‘complex claims’ (payment claim > $750,000), respondents were granted the opportunity to include new reasons in an adjudication response.

The explanatory notes to BCIPA 2014 state:

In respect to ‘standard claims’, the situation always remained as it has been since 2004, namely the respondent is prevented from introducing any reasons in their adjudication response that they did not outline in the payment schedule.

For the 2016/17 financial year, of the 614 adjudication applications lodged with the QBCC, 598 were of a standard claim category. Unless your claim was more than ¾ of a million dollars this change had no impact.

In my view, the reasoning being expressed that the 2014 amendments went too far and need an extreme rollback does not add up in this instance. Again, I would stress that the significance of this is to ensure that the positions being advocated are based on facts, not misconceptions.

FACT 3: The change to allow new reasons applied to only 4% of all adjudications since 2014.

In summary, there are some good improvements on the 2004 and 2014 version of BCIPA in the new BIF Bill but there are also too many misconceptions that have spread through the industry like folktales passed down from one person to the other without reference to the actual history. No one questions the need for improvement but let’s start with the facts and the right questions.

If you would like to know more about the operation of BCIPA then please feel free to contact Michael Chesterman at michael@helix.legal or Earl Tan at earl@helix.legal