SOP will continue to be a vexed issue in 2019 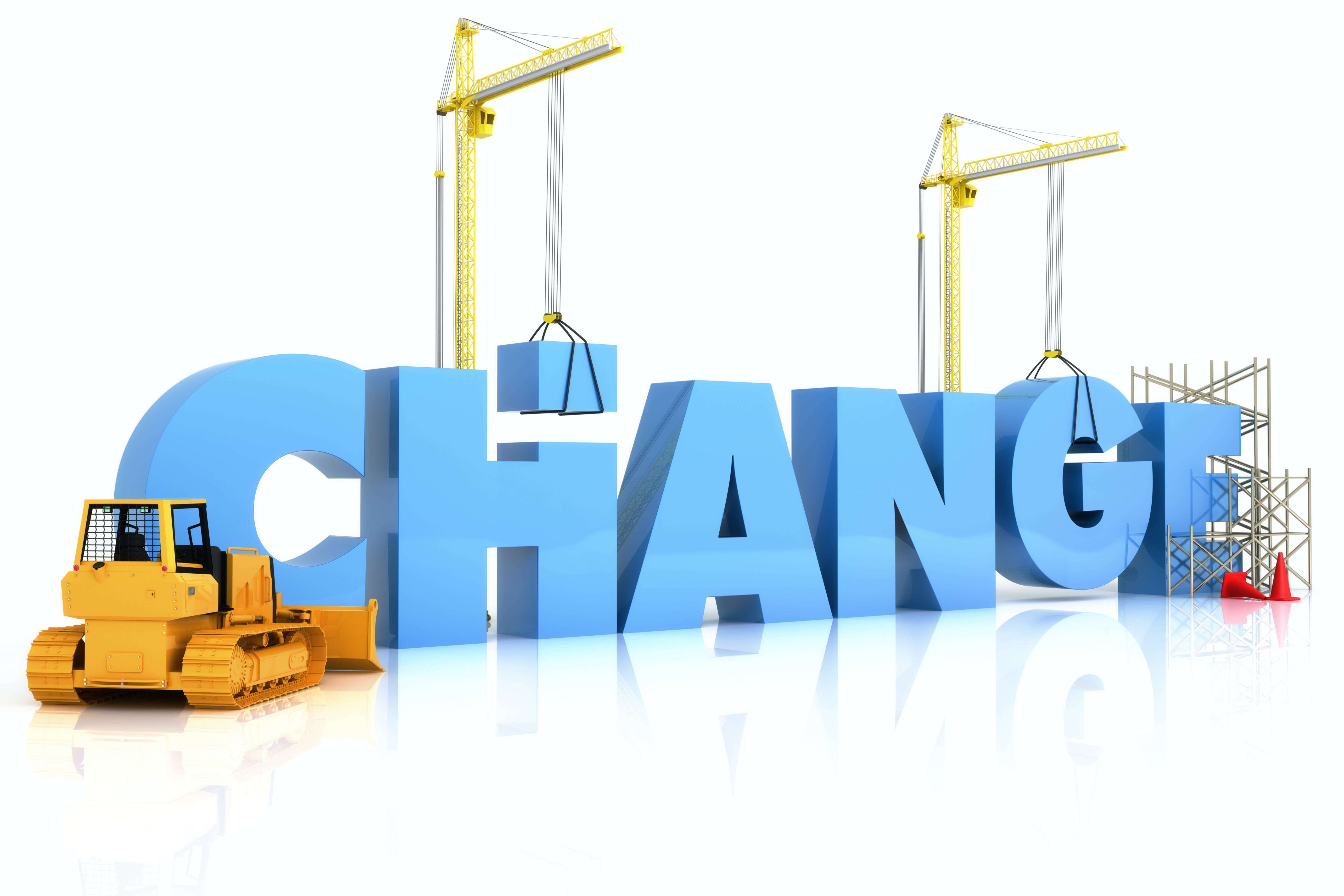 The building and construction industry in Queensland is at a tipping point in terms of SOP.  This year has seen a series of high profile collapses such as JM Kelly Builders Pty Ltd and also the advancement of major SOP reforms contained in the Building Industry Fairness (Security of Payment) Act 2017 (BIFA).

The government is very confident that BIFA will deliver improved SOP outcomes. I certainly hope this will be the case.  However, I have concerns that there will be a number of unintended consequences resulting from BIFA initiatives.

I also believe that whatever SOP benefits may flow from BIFA, they will not eventuate in 2019.  The industry is like the Titanic, it cannot be quickly turned around.

To further complicate the situation, all this is happening in an environment of very low profit margins for contractors. The chair of Hutchinson Builders, Scott Hutchinson was recently reported as saying:

“The group posted a before-tax profit of $37.53 million last financial year on turnover of $2.7 billion, or a profit of just over 1 per cent”.

Outlined below are 13 issues I believe will be a feature of the SOP landscape in 2019.  In identifying these issues I relied on my unique insight into the industry and large doses of intuition!

The trial of government projects operating subject to Project Bank Accounts (PBA’s) will reveal that the cost to builders in operating them will be significantly greater than originally envisaged. In an article entitled ‘SOP questions you should be asking’ I stated:

In particular I would be interested in knowing whether the government’s estimated administration duties by builders for each PBA project is still valid. The Department of Housing and Public Works advised the relevant parliamentary committee reviewing the BIF Bill that:

The Deloitte report has identified that 7 additional hours will be incurred each month per project for head contractors who manage a project bank account contract.”

The new Minimum Financial Requirements for Licensing (MFR’s) scheduled to come into effect on 1 January 2019, will not prove to be an effective tool in reducing the incidence of non or late payment by builders to subcontractors.  This is because whatever criteria the government eventually settles on in this regard (Discussion Paper), the financial position of licensee’s will always be a “look back” at an earlier point of time.  The current MFR’s allows financial information in a report to the QBCC to be up to four months old.

There is no doubt the MFR’s are an important and effective legislative initiative to promote financially sustainable businesses and foster professional business practices, but this is an entirely different purpose to them being an effective SOP tool.

Furthermore, there is also a belief that the current MFR’s are issued on the basis that contractors are solvent and will remain so. In this regard, I have noted a recent media article entitled ‘Ostwalds to JM Kelly: Building game’s five-year trail of woe’ where the following statement was made:

“The state’s building regulator has as a basic requirement that those companies granted a Queensland Building and Construction Commission licence were solvent and remained so. However there were numerous examples over the past half decade of failed building companies who were later found to have traded for a considerable time while insolvent”.

There is not one mention of the word ‘solvent’ in the current MFR’s.  As I pointed out in an article entitled ‘Construction industry issues. The good, bad, ugly, missteps and unresolved’ if the government, or more importantly the industry wants to ensure contractors are always solvent:

There will be faster identification of financial distress.  The failure of contractors to have sufficient financial resources to meet possible liabilities in relation to building work as required under section 36 of the QBCC Act will prove to be a very effective mechanism for the QBCC identifying financially distressed contractors.  I have written a previous article on this issue entitled ‘Heads up Accountants – Don’t let Big Data act before you do!’ where I stated:

“In undertaking its current compliance functions, the low threshold that applies to the use of section 36 provides the QBCC with a rapid ability to investigate financially distressed licensees.  The words “may have insufficient financial resources to meet possible liabilities in relation to building work” from my personal practical experience allows the QBCC to formally open up a dialog with contractors who may be just in the very early stages of experiencing financial difficulty.”

A record number of contractors will lose their license for failing to comply with the MFR’s or having insufficient financial resources to meet possible liabilities in relation to building work.

The saying ‘cash is god’ will have special significance for contractors in 2019.  Established and legal taxation, financial planning, estate planning and asset protection strategies employed by contractors I predict will need to be urgently reviewed.  This is because of the Government’s clear intention is to deliver improved SOP outcomes through tougher MFR’s and identifying contractors who are financially distressed.  In this environment, I consider that the ability for all contractors to be able to quickly convert assets into money and pay creditors will be vital.

The removal of the requirement for claimants to have to endorse a payment claim to obtain the benefits provided by BIFA will prove to be extremely problematic for all parties. Under similar NSW SOP legislation, this approach was adopted in 2014.  However, under a recently released Building and Construction Industry Security of Payment Amendment Bill 2018, it is proposed to reintroduce this requirement.  The explanatory statement indicates that:

“The decision to re-insert this requirement follows overwhelming stakeholder feedback received in support as part of the NSW review. Stakeholder feedback indicated that removing the requirement created significant problems and uncertainty for both respondents and claimants. Stakeholders agreed that a payment claim endorsed with a statement that it is made under the Act evidences a clear intention to engage the formal process under the Act. Stakeholders agreed that an endorsed payment claim alerts the recipient of the severe consequences if it fails to respond within the statutory timeframes by way of a payment schedule.”

Respondents in defending payment claims under BIFA will look to refine their contract administration processes by providing  ‘supersized’ payment schedules under section 76 of BIFA. This will be a consequence of:

There will an increase in the number of adjudication applications lodged because (6) and (7) above will cause parties to promptly lock into ‘dispute mode’.  Every invoice from a claimant will be viewed by a respondent as the basis for a potential adjudication application to be lodged against them.  Therefore the only way for a respondent to defend their payment position will be by serving a comprehensive payment schedule on the claimant.

If there are a significant number of issues in dispute then the respondent cannot afford to devote much time in trying to mediate a settlement with the claimant within the 15 business day period for providing a payment schedule.  I would always recommend that a respondent explore settlement options with a claimant after receiving a payment claim they wished to dispute, but it would be on the basis of only doing so for a very short period of time.

There will be an increase in the number of Supreme Court challenges of adjudication decisions.  Significantly revamped legislation such as BIFA represents in terms of the adjudication process will be tested by parties.

In an article entitled ‘QLD Security of Payment is a minefield… but it might surprise you who is in danger’.  I also pointed out that even legislative wording changes could prove to be problematic:

“While wording changes may seem a trivial matter that will not affect subcontractors, this is simply not the case as uncertainty of interpretation will cause more issues not less for subcontractors. If there is some uncertainty as to the correct position, unsuccessful parties will be more likely to apply to the Supreme Court to overturn adjudication decisions. While all this is happening, normally the subcontractor will not be paid the adjudicated amount.”

Contracts for the carrying out of building work will have to be significantly redrafted because of the prohibiting and mandating of certain clauses under the QBCC Act (sections 67GA and section 67GB) by way of regulation. At the time of writing this article neither regulation has been made.

There will be an increase in the number of persons referred by the QBCC to other government agencies or the Police for accountability reasons. This will be the result of increased data sharing between regulators. In a recent article entitled ‘Enormous Brother is Watching’ I stated:

“As I have already pointed out, one thing regulators are increasingly doing is sharing data where they have common objectives.

An example in this regard is the establishment of the Phoenix Taskforce that comprises 28 Federal, State and Territory government agencies, including the ATO and Australian Securities & Investments Commission to combat illegal phoenix activity.

Illegal phoenixing activity occurs when a company’s directors strip cash and assets from it, hide them, liquidate the company and then restart it, usually under a different name. This is done to deny creditors money owing to them.”

QBCC will continue its journey on becoming an insight driven regulator by leveraging off Big Data as a means to addressing SOP issues. In an article entitled ‘Heads up Accountants – Don’t let Big Data act before you do!’, I pointed out that:

“In a recently published video entitled ‘Working Smarter’ the QBCC seems to have well and truly commenced its journey to becoming a insights driven regulator.”

The collection and mining of internal and external information by the QBCC will become a significant issue in 2019.  While I strongly support the QBCC becoming an insight driven regulator, I believe that contractors are entitled to know what information the QBCC is collecting and how they intend to use it.

The rate of insolvency in the industry will not be markedly different from the outcomes outlined in the 2018 ASIC annual Insolvency report.

Improved SOP outcomes in the building and construction industry will continue to be very difficult to achieve.  However, that is no reason to stop trying.  Having introduced arguably the largest SOP reform in the recent history of the state I understand the need to act and I encourage everyone who cares about the industry and it’s future to make their ideas heard and provide their real and practical experiences.  Building better only happens if we all speak up.

Please help Helix in the work we do to help shape legislation and policy for the future of the construction industry by answering 5 questions here.