Insolvency and adjudication – has anyone got it right? 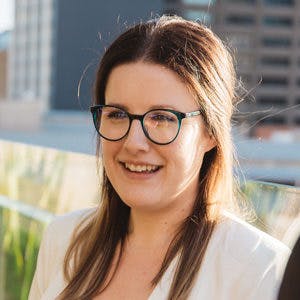 Helix Legal Senior Associate, Sarah Shirley, shares fresh insight from her experiences in the UK.  In this article, she looks at insolvency in the construction industry and the role of adjudication.

Globally, insolvency is one of the biggest issues facing construction companies and projects.  The Covid-led recession will only add to the pressure already felt by the construction industry.

It’s not news to anyone in the industry that chinks in the payment chain and delays to cash flow are two of the biggest culprits that contribute to company insolvencies.  As part of the Helix Legal Essential Series Michael Chesterman spoke with Claire Packer of FTI Consulting, who highlighted the devastation that a construction company’s insolvency can cause for all of the other parties on its projects, particularly subcontractors who are always the last ones to be paid due to the strict rules of the Corporations Act 2001 (Cth). Watch the full conversation around insolvency in the construction industry here.

Many jurisdictions have recognised the need to regulate payments within the construction industry – one of the only industries in the world where the customer dictates the price! – resulting in the implementation of various security of payment laws.

One of the most important tools available within most security of payment models (including across Australia and the UK) is the ability to take payment disputes to adjudication.

However, in some jurisdictions, adjudication is not available to those who would arguably benefit the most from it – those who have been starved of cash to the point of insolvency.  The general consensus in most jurisdictions has been that adjudication is not available to insolvent claimants because it is inconsistent with the insolvency rules of set off.

This raises some interesting questions about whether or not Australia should look to allow insolvent claimants the same right.

Insolvency legislation vs security of payment – what is the issue?

The approach to debts when a company becomes insolvent is, at a high level, much the same in Australia as it is in the UK.

When a company goes into liquidation, any debts owed to a creditor may be set off against debts owed to it by its creditor, if there are any [2]. The balance remaining after the set off then becomes the debt owing in the insolvency instead of the entire debt.

This process benefits the creditor.  Without the setoff, a creditor is likely to only receive part of the moneys owed to it (if any), whilst owing its full debt to the company in liquidation.  The setoff process allows the creditor to effectively recover 100 cents to the dollar for the setoff amount, with only any remaining balance being at risk.

The courts in Queensland [3] and Victoria [4] have set the precedent in those jurisdictions that adjudication is not available to claimants in liquidation.  The security of payment regimes in Queensland and Victoria entitle a claimant to enforce an adjudication certificate in court and prevents the respondent from bringing cross claims or raising defences in those proceedings.  The courts in both States determined that this inability by Respondents to dispute an adjudication certificate in Court on substantive grounds was directly inconsistent with the insolvency setoff provisions under the Corporations Act (and under the Commonwealth Constitution [5], the Corporations Act, being a federal law, trumps the state-based security of payment regimes).

It was also considered that the security of payment legislation only applied to parties actively participating in the carrying out of works, and therefore could not apply to companies in liquidation.

In New South Wales the case is much clearer.  In 2019, the security of payment legislation was amended to include a new section 32B which expressly prevents a claimant from making a payment claim or pursuing an adjudication if it is insolvent.

Interestingly though, shortly before this amendment came into force, the New South Wales Court of Appeal decided that an insolvent contractor should have the ability to enforce an adjudication decision [6]. If it wasn’t for the amendments to the legislation, this could very well be the legal position in New South Wales today.

The court in this case expressly disagreed with the earlier Victorian decision, including on the basis that a claimant only needs to have undertaken construction work and for a reference date to have arisen in order to rely on the security of payment legislation – a position previously confirmed by the High Court [7].  The inconsistency with the federal insolvency set off provisions was not determined in this judgment.

The court’s decision was not popular with some industry participants at the time.  Some commentators considered that the ability for an insolvent contractor to pursue payment under the security of payment legislation was inconsistent with the spirit of that legislation (to promote cash flow through the contractual chain) because, in many instances, the payment would be caught in the broader liquidation asset pool and distributed to other secured creditors before it was distributed to the unsecured creditor subcontractors for whom the payment was originally intended.

Under the NSW legislation, payment will not flow down to the subcontractors once a main contractor becomes insolvent because the main contractor will have no entitlement to payment from the principal.  Is this staying true to the spirit and intention of the security of payment legislation?

Times are changing, and if trends are anything to go by then unfortunately insolvency is going to become part of the ‘new normal’ post-Covid.  Perhaps this is the time for Australia to look at taking a different approach to insolvency in the construction industry.

Taking a similar approach to the New South Wales Court of Appeal, the UK Supreme Court in June 2020 overturned the decision of the lower court to rule that the two legislative regimes in the UK are not incompatible, and liquidators do have the right to take disputes to adjudication.

The Supreme Court held that it would be wrong to interfere with the claimant’s statutory and contractual right to adjudicate.

Despite the perceived friction between the two pieces of legislation, the Supreme Court considered that adjudication may actually be quite useful to liquidators, given it is a timely and cost-effective method of resolving payment disputes. The Supreme Court also acknowledged that where a payment dispute under a construction contract needs to be resolved in order to perform the insolvency set-off calculations, an adjudicator will be better placed than most liquidators to resolve such a dispute given their specific industry expertise.

How else does the liquidator determine the net balance of the mutual debts if there are amounts in dispute without being able to resolve the dispute in the usual way?

It is important to distinguish here that this case has confirmed the right to take a dispute to adjudication, but a claimant would still ordinarily need to go to court to enforce any adjudication decision. As of September 2020, there have been a number of liquidators try to take advantage of this new ruling and applied to court to have adjudication decisions enforced.  Although these applications have ultimately been unsuccessful, it is worthwhile remembering that in each case the facts will determine whether an adjudication decision can be taken as the final resolution.  For example, one of the key issues for the court to consider is whether there is a “real risk” that summary enforcement of the adjudicator’s decision would deprive the paying party of security for its cross-claim [8].

Whilst enforcement may be the new hurdle, at the very least the ability to adjudicate in the first place would help a liquidator determine the net balance of the mutual debts for setting off.

What is the solution?

If there was a simple solution to this issue, everyone would surely take the same approach.

We are now entering into Australia’s first recession in 29 years.

Claire indicated that this Covid-led recession is markedly different to previous recessions, such as the GFC, because the Covid experience is not an overnight recession.  This means that we are yet to see what is going to happen, and we have the benefit of (some) time to implement strategies to alleviate the stress on the economy and to businesses.  We have seen this already with the government introducing several benefits and schemes to try and slow down the impact of the recession.

This echoes Michael’s view shared in his recent article titled Economy in recession will cause major insolvency issues for the construction industry, where he stressed that:

“regulation must reflect the new reality”

Is it time for a new approach?  Could following in the steps of the UK be the ‘out of the box’ thinking that the industry needs for construction firms to survive this recession, or is there a different regulatory approach that is more suited to the Australian landscape?

What can companies do now?

Contractors and subcontractors should be looking at what measures are available to them now to help mitigate potential effects of third party insolvency.

For example, Claire suggested that opting for bank guarantees and insurance bonds over retention moneys, where possible, could alleviate the risk of losing your security held by an insolvent company.

Principals and main contractors could also look at implementing Statutory Trusts on all suitable projects, even where they are not mandatory, for the benefit of all parties on the project.

Regardless of where your business sits within the construction industry, everyone is going to need to adapt to a new way of running their businesses in order to get through this period.

Claire’s advice to businesses is to take a good look at your finances to ensure you are making informed decisions about your business strategy to move your business through this recession, including seeking professional advice as early as possible.

As well as seeking financial advice, it would be prudent to do a health check on each of your current and upcoming projects.  Our team are experts in the construction space and are equipped to help guide your business through different options that might be available to you and your project.