It’s a matter of trust 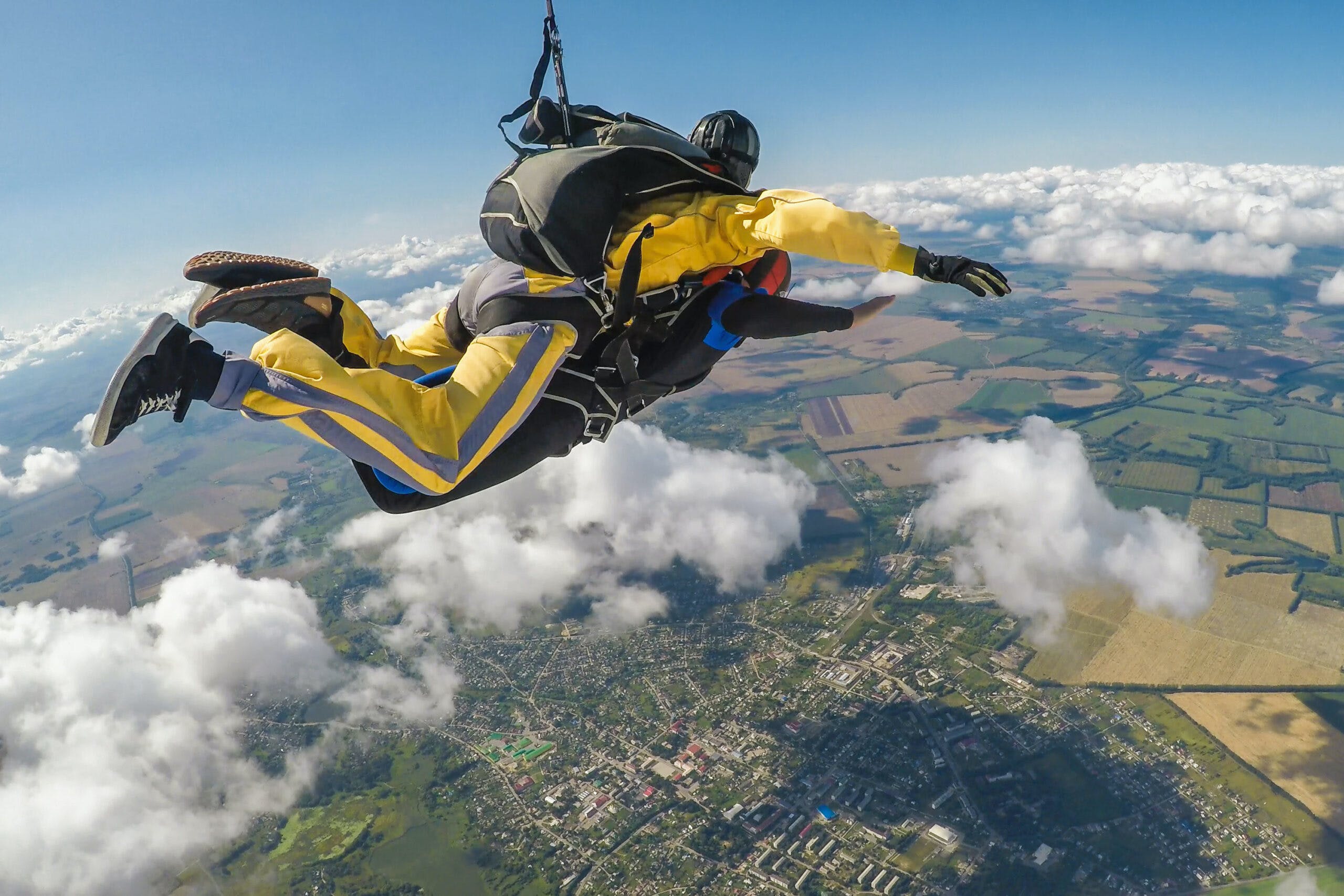 In writing articles, I blend information with opinions I have on industry issues. My primary purpose in offering opinions is to generate conversations amongst those out in the industry living the impact of change.  I am very respectful of other people’s opinions and I pride myself on always ‘playing the ball and not the man’.  I always welcome opposing views.

When it comes to the plight of subcontractors getting paid, a glance at my CV will reveal that I have a demonstrated record for supporting subcontractors in obtaining improved payment outcomes.  However, I have always had concerns that trusts, either in the initial form of Project Bank Accounts (PBA) or as is the case now, Statutory Trusts, will cause a considerable deal of disruption to the industry in their implementation and not deliver all-embracing improvements for subcontractors because of their limited application.

In October 2017, in an article entitled Project bank accounts are happening but will your job have one?, I stated that in terms of the then Bill before Parliament;

Of the $44 billion of building and construction work done in Queensland as noted by the Minister, only a third of that money will be protected by PBAs.”

I echoed this point in a subsequent December 2019 article entitled Project Bank Accounts will only have limited application, where I outlined the findings of a Panel that evaluated, amongst other things, a trial of PBAs for certain government projects.

The Panel obtained information from Qleave that revealed if PBAs were in full effect for the 2017/2018 financial year, 2,438 new projects, valued at over $1 million, would have been subject to a PBA. A breakdown of these projects reveals:

Below are two infographics which convey this information in an easily understood manner and were originally prepared by Helix in December 2019. 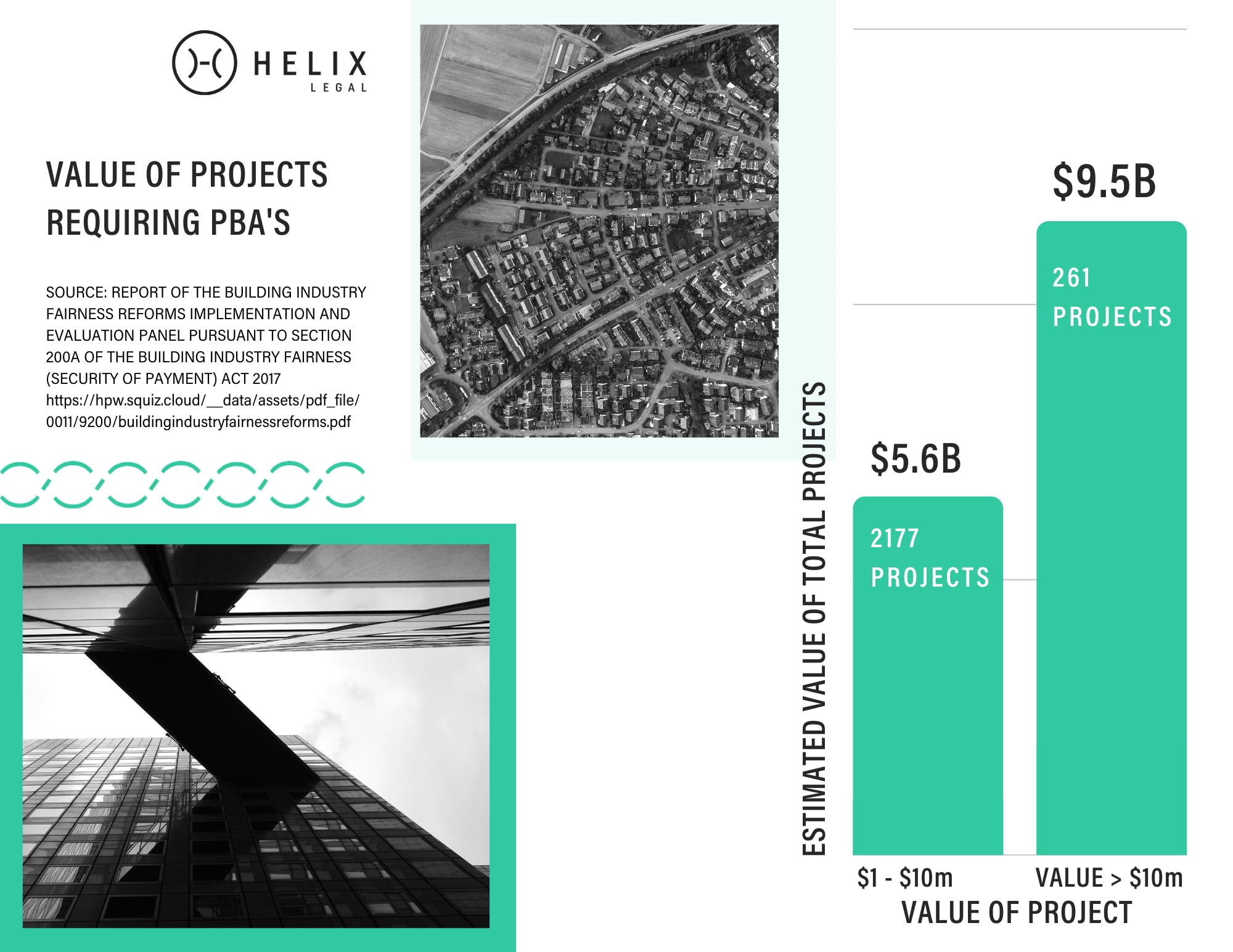 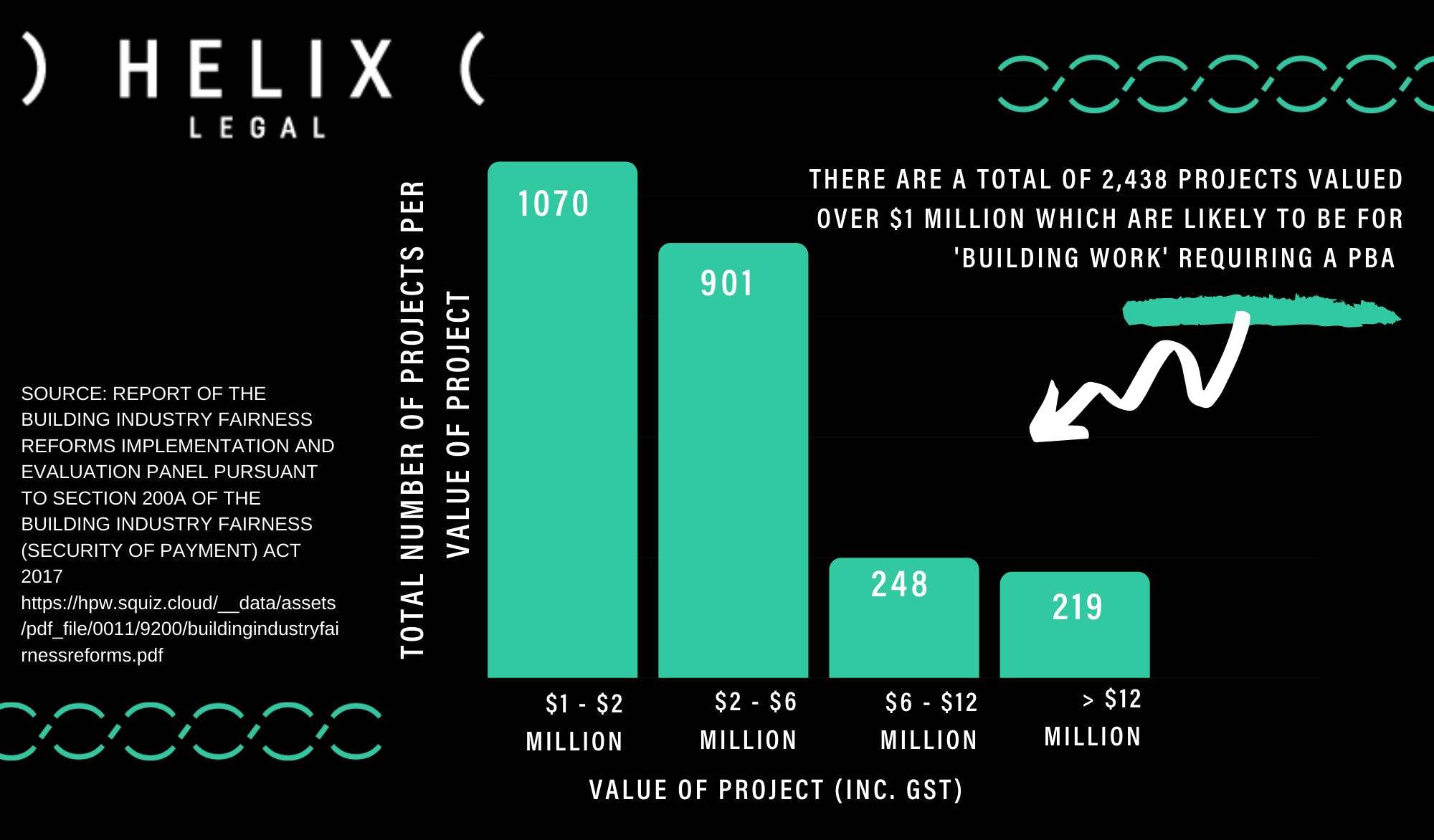 I acknowledge that since the Panel handed down its report, there has been an expansion of work captured by Statutory Trusts, a point made by the Queensland Master Builders in an online update where it is stated:

And more subcontractors will be caught up in statutory trust accounts e.g. cleaners, off-site manufacturers, landscaping, roads, soil testers, quantity surveyors & other building advisors will now be beneficiaries who must be paid from the Project Trust Account.”

Despite these changes, I am still of the view that the majority of the value of construction work carried out in Queensland will not be protected by Statutory Trusts.

The Queensland Government advised by way of two proclamations (27  and 28 August 2020), that the new statutory trusts regime will be implemented as outlined by the Minister in Parliament. 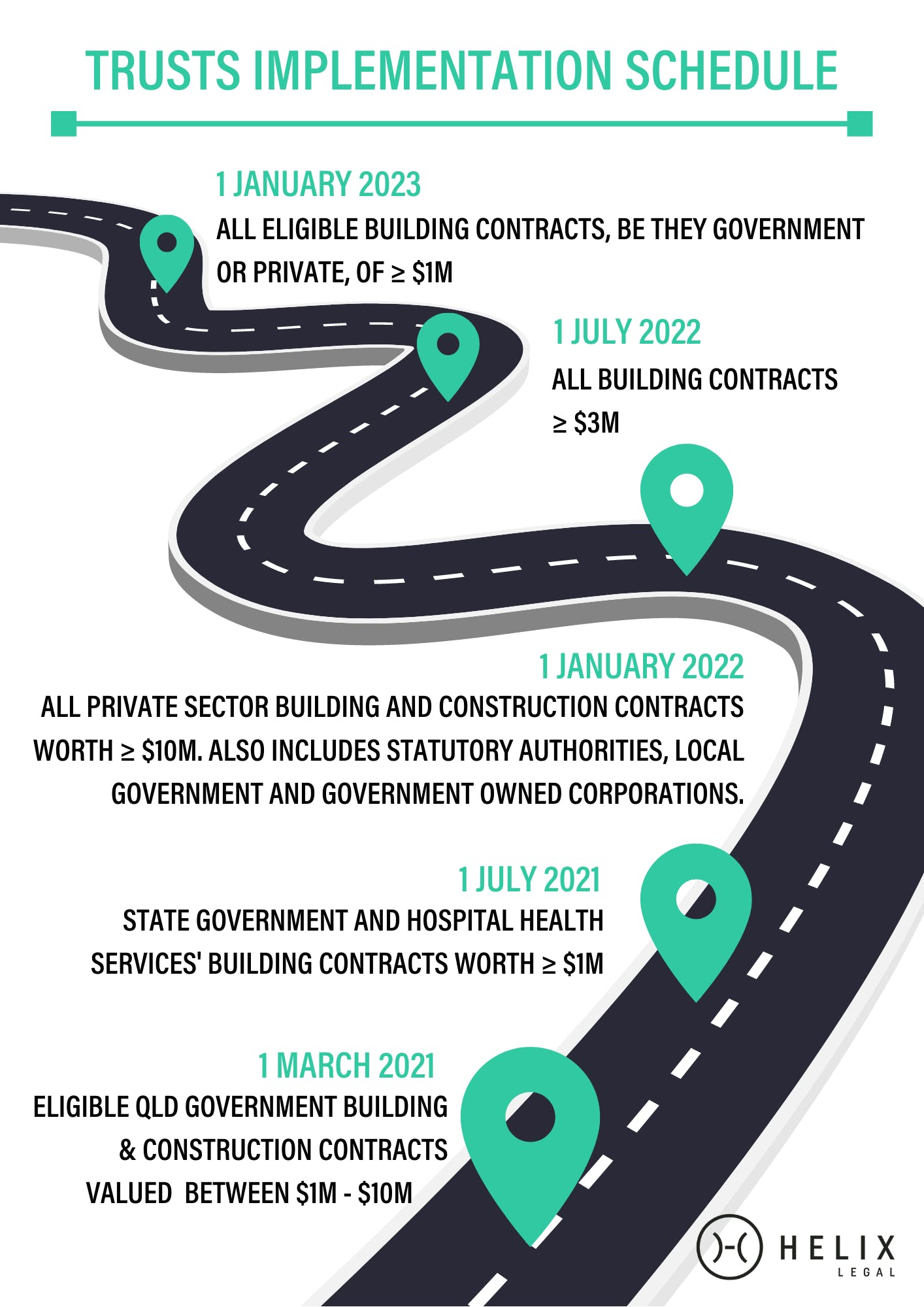 I recently discussed this issue with Paul Bidwell, Deputy CEO of the Queensland Master Builder Association. Below is a short video where he comments on this issue.

Furthermore, an online Queensland Master Builders update of 10 August 2020 provides, in my opinion, an excellent summary of this new regime.

Another one of my previous articles entitled It’s raining penalties for non-compliance with statutory trusts requirements provides readers with very detailed compliance information.

It should be noted that I wrote this article in response to the tabling of BIF Bill, which was subsequently amended before it became an Act on 23 July 2020 (royal assent). However, I have only identified two additional trusts 50 penalty unit offences, namely under section 57A of the Building Industry Fairness (Security of Payment) and Other Legislation Amendment Act 2020 (BIF Act).

1. Regarding subcontractors, I accept and respect that the organisations representing them and who were consulted on trusts have fought very hard for their implementation and are very supportive of them. However, I am also aware of many subcontractors who have serious concerns about the impact trusts will have on principals in an administrative sense and builders in an administrative and financial sense. These subcontractors fear that all this legislative disruption may affect their livelihood in a negative sense. For a subcontractor to be engaged to carry out building work, there must be a principal prepared to fund the project and a builder prepared to construct it.

2. Given that we are in the midst of a recession that may hit the industry even harder come March 2021, I have genuine concerns about a decision made in late August 2020, which anticipates that principals and builders will have the capacity and desire to operate under such a trust regime.

3. The current economic situation concerning the construction industry is grim. The release of ABS financial data for the June quarter confirmed this, with the impacts of COVID-19 wiping $2.699 billion from construction economic contribution. In an online article, it is stated:

But engineering construction bucked the trend, with GVA rising by 2.0 percent from $6.514 billion to $6.638 billion.”

In reflecting on this data, it needs to be recognised that the ABS September data is likely to reflect a significantly worse financial position because, in the June quarter, the impact of Victoria’s ‘second COVID-19 wave’ was not a drag factor.

4. Based on the BIF Act now having locked in implementation dates through two proclamations, all affected parties, primarily principals, builders, and subcontractors, must prepare for the impact that these reforms will have on them. The time to grumble is gone and the time to act is here.

The fact that the state government has just been returned for another four years provides the industry with a large degree of certainty that the implementation of trusts will proceed as intended. I just hope that it is done with a responsive and delicate touch, considering the prevailing economic circumstances.