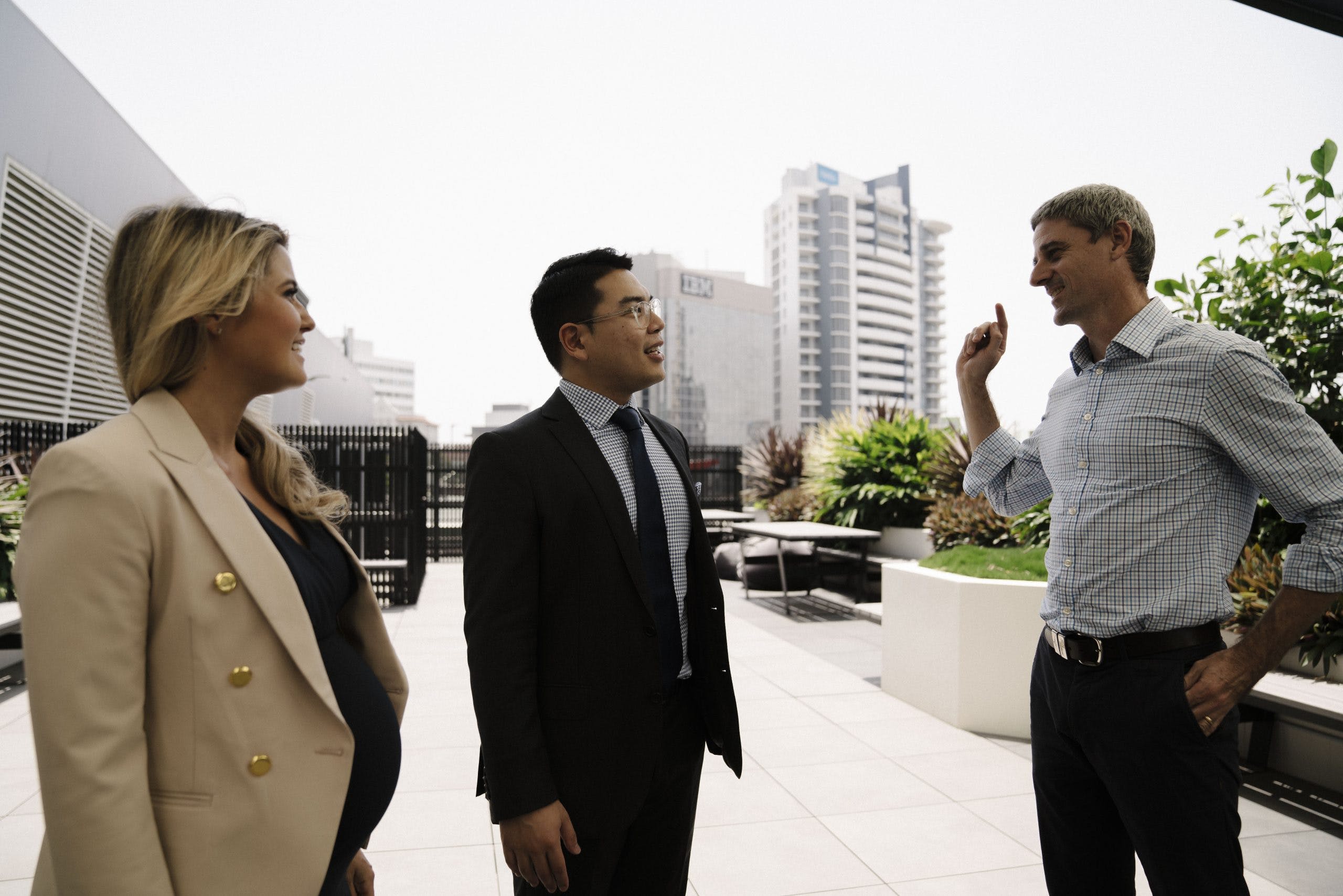 As I establish below, over the course of the past decade, there has been a failure to make any inroads in tackling the scourge of insolvency in the industry. I believe that if nothing changes, this COVID -19 induced recession has the potential to magnify the extent of failings in this regard. Quite simply, for the sake of all of the currently financially distressed businesses in the industry, there must be an urgent resetting of measures designed to mitigate, as much as possible, the widespread collapse of businesses.

In a previous article entitled Economy in recession will cause major insolvency issues for the construction industry, I stated that, concerning Queensland:

“By means of an update, ASIC data for financial year 2018/2019 reveals that the industry had 1601 external administrations throughout Australia, with Queensland accounting for 21.4% of these appointments. 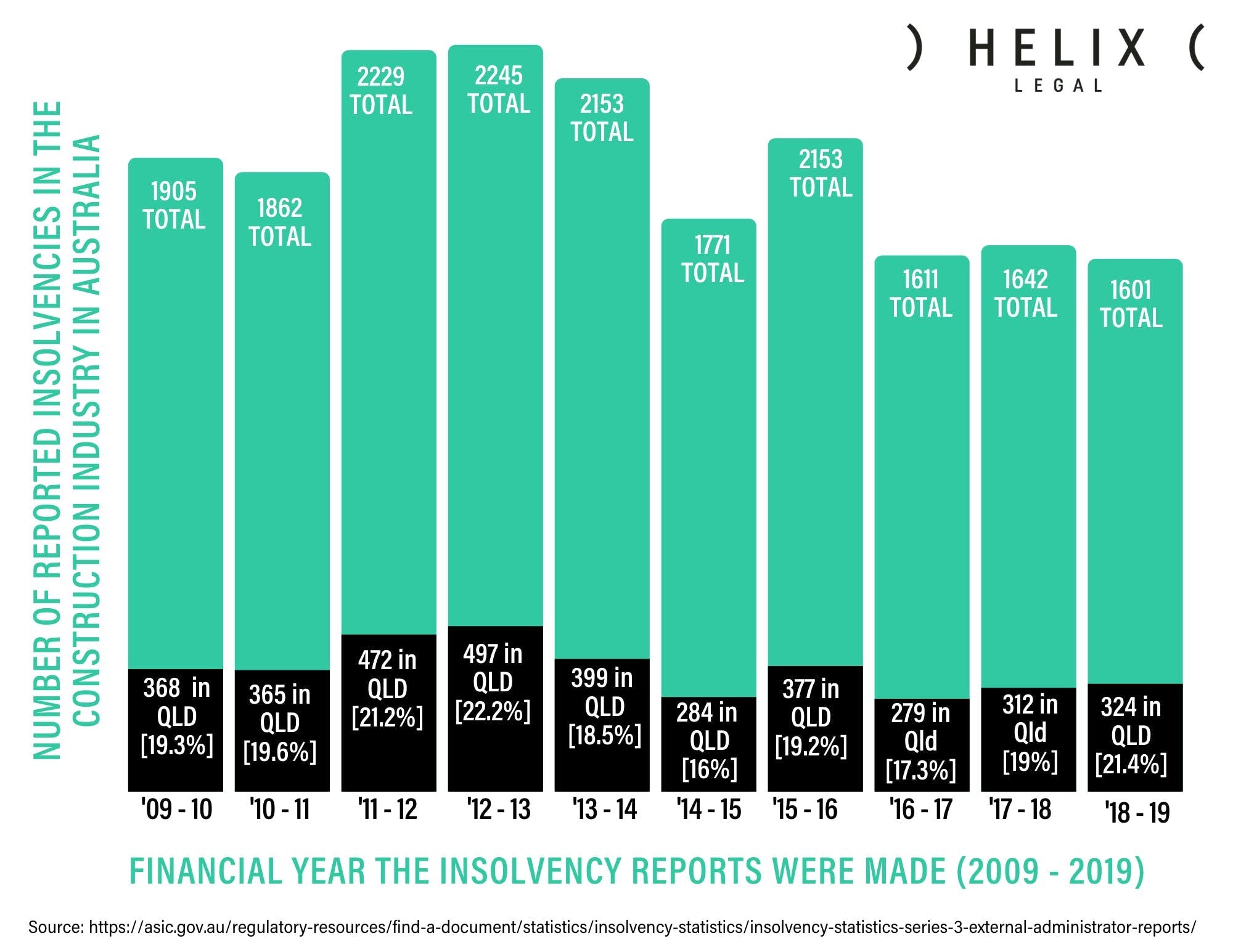 It should be noted that these statistics do not include insolvent non-corporations e.g. small sole traders, who have entered into bankruptcy. If bankruptcies of this nature were added to corporate insolvencies, there is no doubt the construction insolvency statistics would be even more alarming.”

I am of the view that based on the above statistics, no measures introduced to mitigate the effects of insolvency in the industry have been demonstrated to be effective.

Some new insolvency strategies have been recently implemented

However, the jury is out on their success.

In one of my early Helix Legal articles (Sept 2017) entitled Is there a safe harbour for a sinking ship?, I pointed out that in my view  the Commonwealth Government, through the Treasury Laws Amendment (2017) Enterprise Incentives №2 Act 2017, was adopting a radically different approach to insolvency.

The following is an extract from the Explanatory Notes for the Bill:

“The amendments in Schedule 1, Part 1 of this Bill will create a safe harbour for company directors from personal liability for insolvent trading if the company is undertaking a restructure outside formal insolvency. This will drive cultural change amongst company directors by encouraging them to keep control of their company, engage early with possible insolvency and take reasonable risks to facilitate the company’s recovery instead of simply placing the company prematurely into voluntary administration or liquidation.”

Specifically, these reforms prohibit the enforcement of contractual rights because a company is in voluntary administration, receivership or subject to a scheme of arrangement. This is a procedure under Part 5.1 of the Corporations Act that allows a company to reconstruct its capital, assets or liabilities with the approval of its shareholders and the Court.

As such, termination clauses, known as ipso facto clauses, will be unenforceable.

In a recent article, I referred to a fact sheet outlining the temporary relief for financially distressed businesses, which states:

“The elements of the package are:

For owners or directors of a business that are currently struggling due to the Coronavirus, the ATO will tailor solutions for their circumstances, including temporary reduction of payments or deferrals, or withholding enforcement actions including Director Penalty Notices and wind-ups.”

This is certainly displayed in the measures contained in the Building Industry Fairness (Security of Payment) Act 2017 (BIFA).

Despite the construction industry undergoing massive changes over the past several decades to the point, it is almost unrecognisable, aside from Project Bank Accounts (now proposed to be amended to Statutory Trusts), the initiatives in the BIFA are recycled ones. Over the years, these initiatives have been modified or changed but fundamentally they seek to deliver improved payment outcomes and protection for subcontractors from an insolvency event above them in the contractual chain. This occurs through a combination of long-established payment, contractual and licensing initiatives.

PBA or Statutory Trusts, at a high concept level, operate along similar lines as did the Subcontractors Charges Act 1974 until its recent repeal. However, the concept of a ‘subbies charge’ remains a key aspect of BIFA.

In both instances, monies owed to a builder by a client are effectively removed from the control of the builder. In the case of PBA or Statutory Trusts, this will happen in applicable instances which will only have partial effect, as outlined in a previous article entitled Project Bank Accounts will only have limited application.

In terms of relying on a ‘subbies charge’, a subcontractor can only achieve such an effect when they are owed money payable under a contract with the builder for work they have performed, and the client owes the builder monies under a separate contract.

I worked for the Queensland building industry regulator for 22 years. During this time, I undertook extensive insolvency research, gave evidence at a Royal Commission and a Senate enquiry about industry insolvency, and developed and delivered numerous educational initiatives to assist contractors to avoid insolvency and get paid for work carries out. 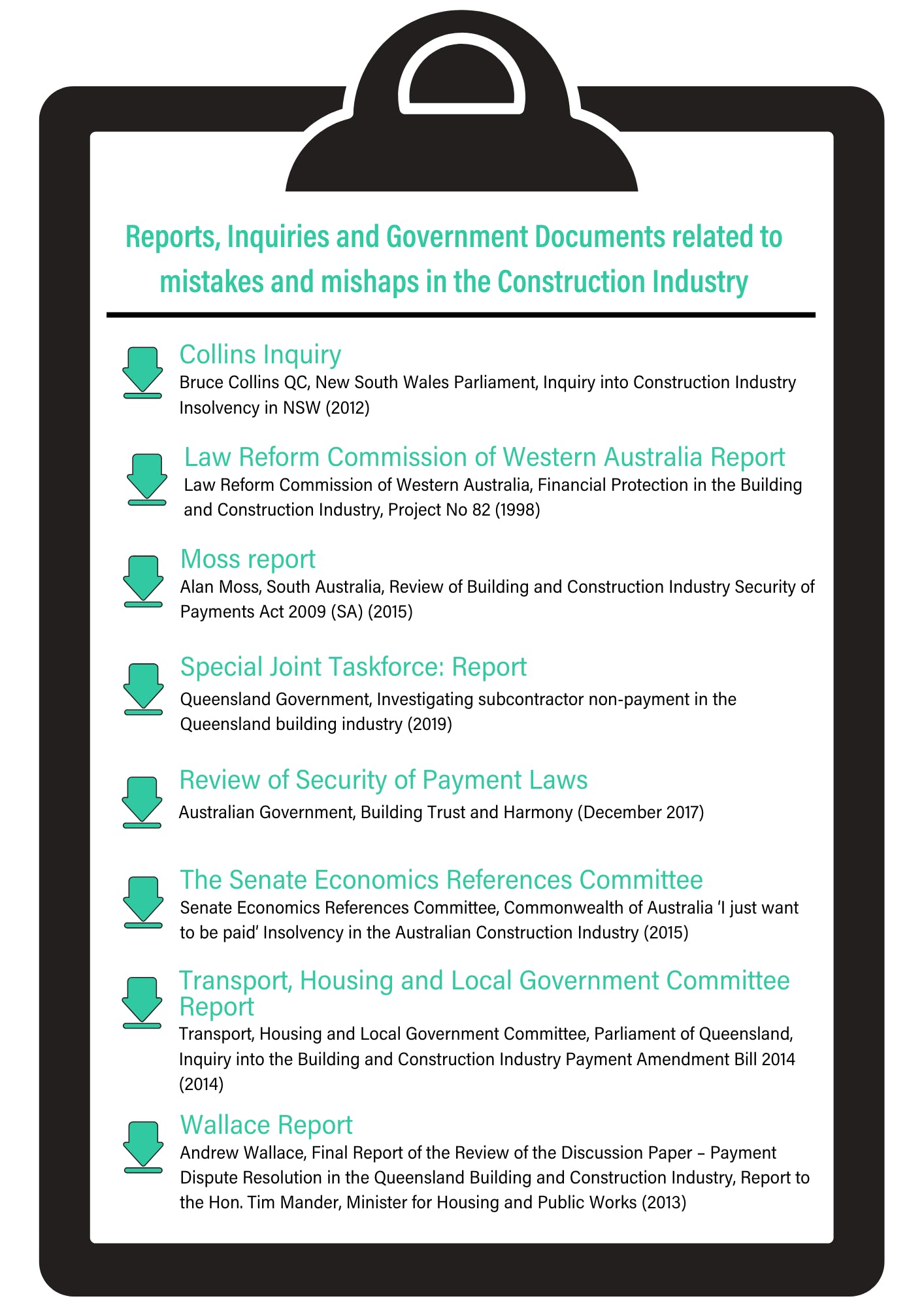 When I left the QBCC and started working with Helix Legal several years ago, I thought that I had an excellent understanding of insolvency issues in the industry. As it turns out, this was not the case.

This is not a criticism of anything or anybody. It is just a fact of life when you do government policy and legislative work. Since working with Helix Legal, I have had the opportunity to look at insolvency in the industry through a much broader lens.

Almost 2 years ago, I published an article entitled Insolvency in the building and construction industry. New thinking. Old problem. I would invite readers to consider what I said then in terms of the need to embrace new thinking to address insolvency in the industry. I consider it even more relevant today.

In a recent article entitled Economy in recession will cause major insolvency issues for the construction industry, I stated:

“It goes without saying that right now, the priority must be for all of us to maintain a positive approach in these unprecedented and extremely harsh economic times. I am also very conscious that governments are, rightly, presently focused on implementing job stimulus and job-saving initiatives.

However, I am also of the view that we must commence having a conversation about the consequences of many businesses succumbing to some form of insolvency while the economy is in recession. Unfortunately, it has been my experience that a company can ‘hobble’ on for sometimes years after a serious financial setback, before eventually failing.”

I am of the view that it cannot be ‘business as usual’ in terms of dealing with industry insolvency issues, both during and in the aftermath of this COVID-19 caused recession.

Just how bad could things get?

In an ABC online article entitled Not enough liquidators to deal with coronavirus-related corporate collapses, ASIC warns, it is stated:

“The nation’s financial system could come under enormous pressure when emergency government support unleashed during the COVID-19 crisis begins to unwind, according to Australia’s corporate watchdog.

Australian Securities and Investments Commission (ASIC) chairman James Shipton has warned that there might not be enough liquidators and administrators to deal with multiple corporate collapses.”

I would also like to invite interested persons to join me on Wednesday 24 June 2020, at 4 pm, when as part of the Helix Essential Series, I will be chatting to Claire Packer, Managing Director, Corporate Finance and Restructuring of FTI Consulting on all things relating to insolvency in the construction industry.

Promises to be very interesting!