Regulators and the industry must partner up.

For the construction industry to build back better, there must be a genuine partnership between regulators and the industry. 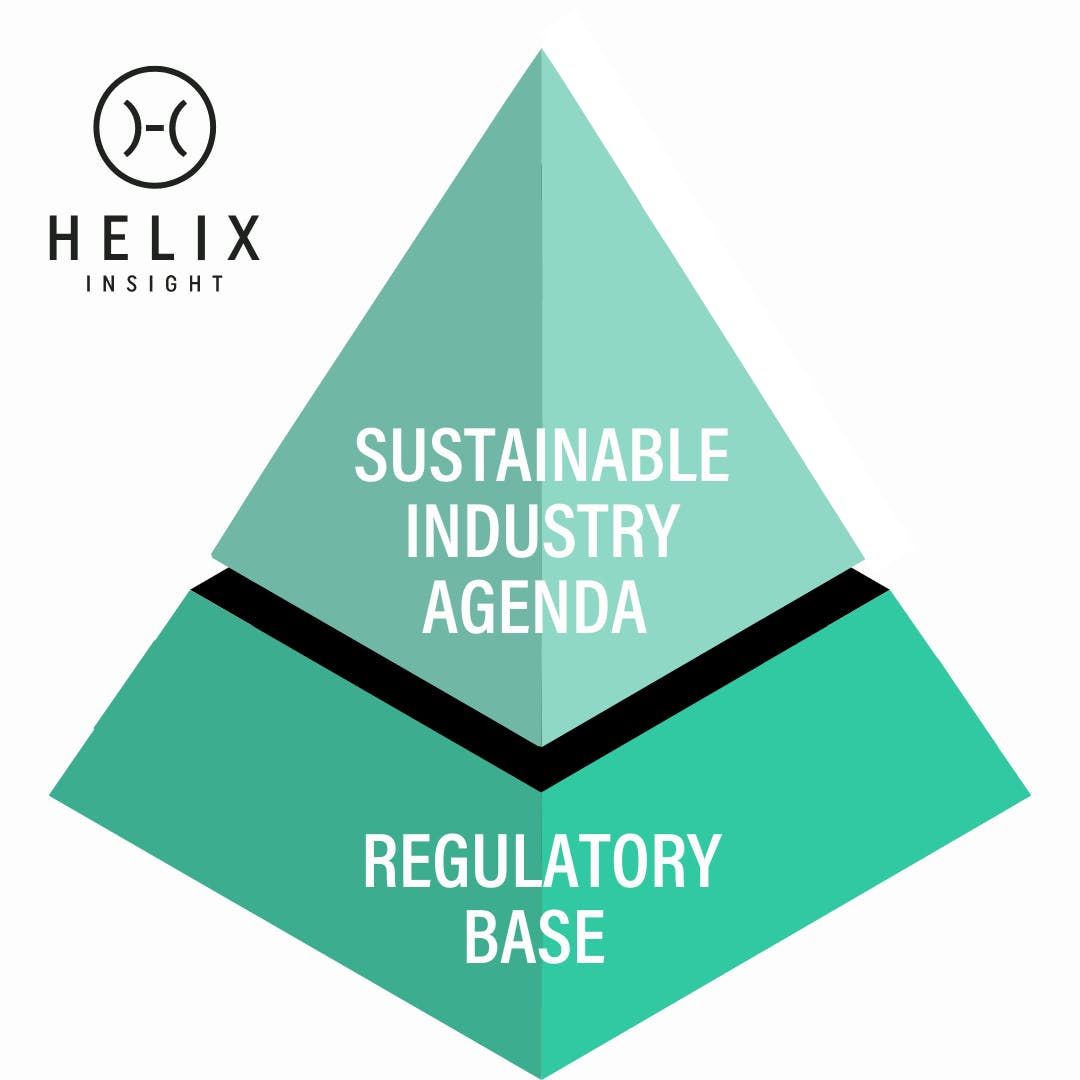 As I have stated in previous articles, I am a very strong supporter of effective regulation of the construction industry. There is overwhelming evidence on many fronts that the worst of the industry only responds to strong, fair, and transparent legislative compliance and enforcement actions.

There is no doubt that regulators have a very important role in enforcing industry standards, practices, requirements, and policies, but which by their legislative nature are only of a minimum nature. In my previous article titled The construction industry must build back better in 2021, I stated:

“I do not see it the responsibility of governments to achieve such better build outcomes. Governments, through their various regulatory bodies, enforce legislation and policies that in the main represent basic, standard requirements, practices, and standards. The various industry regulators play a vital role in overseeing the industry and I fully support all appropriate and reasonable forms of regulation. However, as perhaps best evidenced by the contractor licensing regimes in the various states, these requirements are of minimum nature.

Clients or other contractors can rightly obtain a degree of satisfaction from the fact that a contractor they are considering engaging, if appropriately licensed, has satisfied technical, financial and experience requirements, as well as been a ‘Fit and Proper’ person.  However, in no sense should these licensing requirements be viewed as some form of ‘best practice’ guarantee.”

All responsible parties should support efforts to build a solid regulatory basis for the industry to operate on.

Last year on the Helix Essential Series, I spoke with Michael Roberts, Executive Director of the Housing Industry Association. In the video below, Michael stresses the importance for all responsible parties to understand the rules and regulations to identify what needs to change in the industry.

On this note, I think we need to dispel the myth that the industry is capable of self-regulation on important standards and practices.

The fact of the matter is that the industry does not have a good record of self-regulation, with several high-profile apartment failures in Sydney best demonstrating this fact in recent times. In an article in The Sydney Morning, the NSW Premier stated:

“We know there’s a gap in legislation,” she said. “We allowed the industry to self-regulate and it hasn’t worked. There are too many challenges, too many problems, and that’s why the government’s willing to legislate.”

However, it also needs to be recognised that regulators do not have the legislative basis, or respectfully the skills or knowledge, to make the industry more sustainable and innovative. They can certainly support and incentivise the industry in this regard, but they cannot lead the industry.

In my view, it is up to the industry to take responsibility for becoming more sustainable and innovative.

How is the industry presently performing in terms of becoming more sustainable?

There are a number of different indicators that need to be applied for a full and considered response to this question. However, for this article I am only going to only choose two, namely profitability and productivity.

In an excellent publication by the Australian Contractors Association (ACA) titled Constructing the Future. A framework for a more sustainable construction industry, the following is stated:

Construction industry profits collapsed between 2014 to 2018 and many well-established construction businesses have gone out of business or been sold. The construction industry currently has the highest number of insolvencies of any major   industry sector in Australia. Considering mega projects in isolation, the picture is even worse, with a recent report identifying that Australian contractors incurred losses of $6 billion on mega projects completed between 2000 and 2015, representing an average project loss of 16%. The report predicted if no action was taken there was the potential of $11 billion of losses for projects undertaken between 2015 and 2020. This is likely to be an underestimate given the recent spate of high-profile project issues.”

Labour productivity in the construction industry has grown at just 1.2 per cent per annum on average since 1989/90, compared to 2.4 per cent per annum for selected   industries. If productivity in the construction industry had at least matched selected “other industries” performance, multifactor productivity would have improved a further 25% over the last 30 years on top of the meagre 6% growth registered. Another way of thinking about this is saying that for every four similarly costed infrastructure projects built today; we could have built a fifth at no further cost.”

Jon Davies, CEO of the ACA, joined me on the Helix Essential Series last year to discuss how the industry bodies must work together to achieve such positive change. Hear from Jon in the video below.

Opinions vary on how to address this sustainability crisis.

In a recent article in the Financial Review titled Andrew Roberts takes building player to a new level, the following is stated:

“Rich Lister Andrew Roberts is taking full ownership of the construction firm he launched four years ago, buying out the half-stake held by his Italian partner to create one of the few locally owned players with enough heft to vie for major projects.

The move brings consolidation of the two offshore construction operations Mr Roberts, a scion of the former Multiplex empire, had set up on his own – in the Middle East and Europe – with the Australian arm into a single global business.

It also means a name change to Roberts Co, from Roberts Pizzarotti as the local business had been known.”

Elsewhere in the same article, in relation to the company’s willingness to innovate, the introduction of a five-day working week is cited as an example. The CEO of the company, Alison Mirams, is quoted as saying:

“What we are seeing is improved productivity out of workers when you say to them, ‘you can have a Saturday off if you work harder Monday to Friday’.”

Furthermore, it is also stated in the article:

“Under Ms Mirams’ stewardship Roberts Co was also the first builder to sign up to the Construction, Forestry, Maritime, Mining and Energy Union’s new agreement, with a concession for a five-day working week but with pay rises of 5 per cent a  year, a move which drew fire from NSW building watchdog.

The industry standard of a six-day week effectively incentivises slower work, according to Ms Mirams. At the same time, the five-day week makes for happier, healthier workers whose partners and families are better off as well.

“To the union’s absolute credit, they went to Concord, they spoke to the workers, they got the feedback and they said: ‘It’s working, we’re going to get on board and support it’,” Ms Mirams said.

Ms Mirams is putting that claim of improved productivity to the test, with separate studies being conducted on the firm’s five-day working week by the University of NSW and Health Infrastructure NSW.

As indicated in this article, not everybody supported this Enterprise Bargaining Agreement (EBA). In an article titled Builder draws watchdog’s criticism over landmark CFMEU deal, it is stated:

“The NSW building watchdog accused the company of rolling over and bringing in “unsustainable costs and practices that will harm the industry” while the state government warned that jobs will be lost if builders don’t negotiate productivity offsets.”

In response, it is stated in the article:

“Ms Mirams countered that his comments were “ill-informed” and that the company’s agreement was “economically sustainable.”

I accept the fact that EBAs with the CFMEU are very controversial and there are strong for and against views in relation to them. I am not an Industrial Relations expert and I would not dare venture a view one way or the other in this matter.

However, before coming to any conclusions in this matter, I would have thought that the prudent thing to do is await the results of the separate productivity studies, which I hope the company will publish in full.

I am of the view that for the industry to build back better, there must be a genuine partnership between regulators and the industry, each striving for excellence in their respective specialties.

Regulators must take responsibility for policing and controlling the industry in a targeted and effective manner, with the aim of building a solid platform for the industry to deliver more sustainable outcomes.

As always, I welcome informed comments on significant industry issues. This is the way I gain an appreciation on the positions of different industry stakeholders, so please do not hold back!!

Stay tuned to the Build Back Better podcast launching in March where I will be talking to industry leaders on a wide range of issues along the lines of last year’s well-received Facebook live ‘Essential Series’. 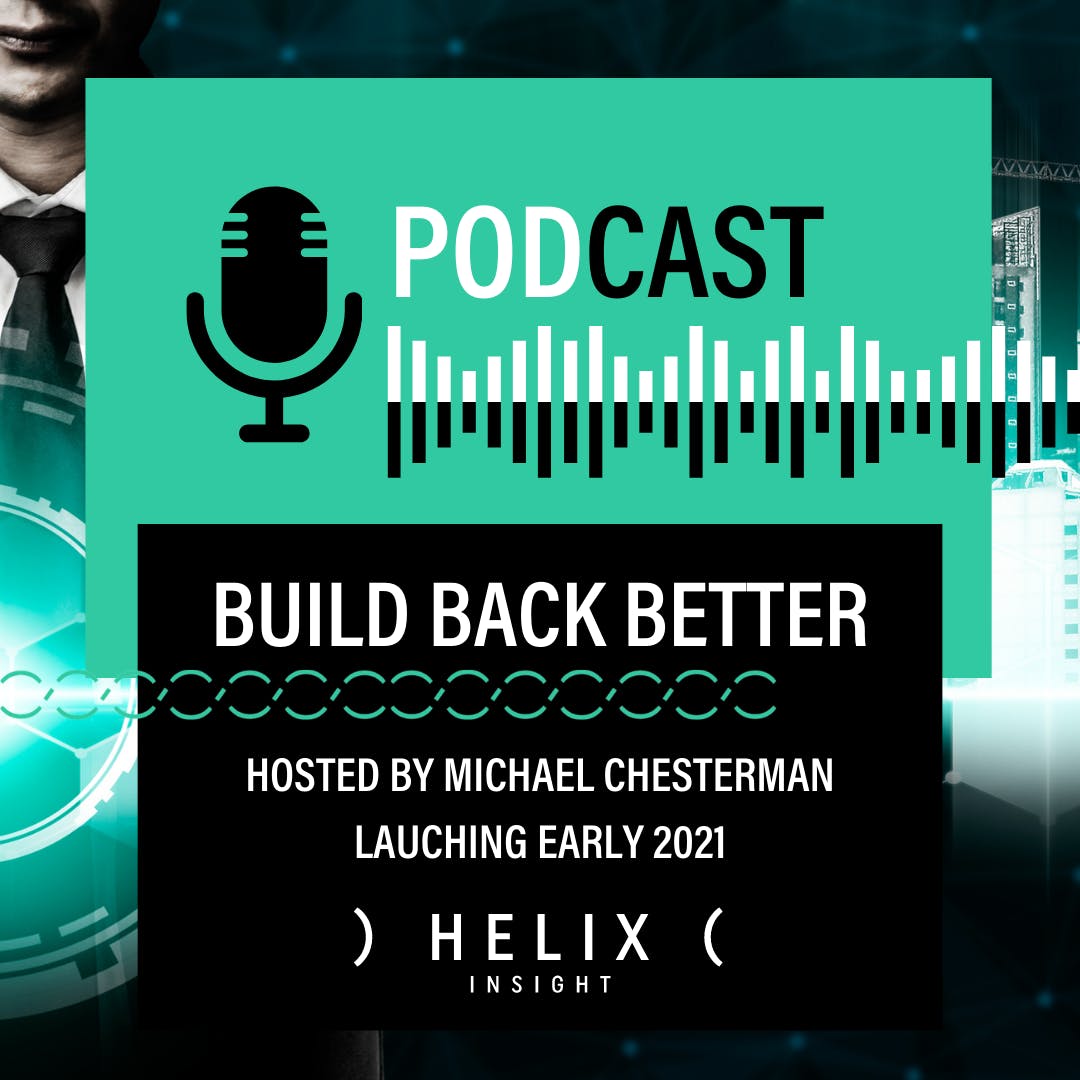